A great news for Bangladesh National Cricket Team and obviously for the fans of Bangladesh cricket that team Bangladesh would possibly promote to 5th position from 7th in One Day International according to International Cricket Council (ICC). Though the official announcement has not published yet but returning from ICC meeting BCB president Nazmul Hassan confirmed the news. ICC will officially announce the update of ranking in next 2nd May, 2016.

Every year in same time ICC used to update the ranking of International cricket. In the meantime, Tigers did not play any One Day International (ODI) matches, however the rating point of Bangladesh has increased from 97 to 101. As a result, they will move up two steps. 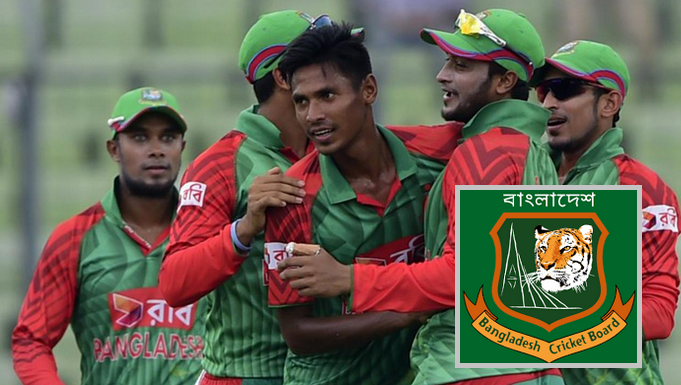 According to the current ranking of ICC, team Australia holds 1st position with 128 points, New Zealand is in 2nd with 117, 3rd place is claimed by India with 115 and with 114 points South Africa is in 4th position.

ICC generally takes hundred percent points from all matches of last year and fifty percent points from previous two years matches to update ranking. Whereas the Tigers played very well since the November of 2014, so hopefully they will advance two steps. But earlier, it was deplorable condition.

As well as an update period of ICC ranking, the great success of the Tigers have marked well. It is a big news for team Tigers and it will encourage them to do well in next matches.

According to the ranking of 30th September, 2017, top eight (8) teams will get direct approval to play the main event of 2019 ICC World Cup. They will not need to play the qualifier round. It is quite charming news for Bangladesh, they have enough capability to get this chance.

However, if we look to the last twelve matches statistics of the Tigers, they won ten of them and lost only two. That result definitely proved, Bangladesh has become a most powerful team in ODI cricket. Though, they are still weak in T20 and Test format but they are now working on it.

Basically, team Tigers have many talented cricketers led by legendary captain and considered the best captain of all time in Bangladesh named Mashrafee Mortaza. He is very spiritual skipper and understand every team mates very well. He would have enough ability to reinforce the team spirit.

Besides, it is needed to mention that, some great players have played main role to raise up Bangladesh ranking as well as become a balanced team. Tamim Iqbal, Shakib Al Hasan, Mustafizur Rahman, Mushfiqur Rahim, Soumya Sarkar, Sabbir Rahman, Nasir Hossain, Taskin Ahmed and obviously Mashrafee. Though Taskin Ahmed and Arafat Sunny has forbidden from international cricket due to illegal bowling action as stated by ICC in last T20 World Cup. As a result, team mentality had become weaker temporarily. But they will come back in international cricket definitely, according to the opinion by Bangladesh Cricket Board (BCB).

It is really does not matter that team Tigers ranking raise up or not, the recent performance of Bangladesh is very heroic and hopefully they will try to keep it up in next matches.

As soon as the ICC will confirm the ranking, you can see the update here.