Bangladesh going to host Afghanistan on late September for a three-match series. It is first ever the both team will face bilateral ODI series.

According to the report Bangladesh Cricket Board (BCB) and Afghanistan Cricket Board confirmed (ACB) the schedule on Sunday. The first match will be executed 25th September, second will 28th september and the third will 1st October. The entire series will be hosted at the Shere Bangla National Stadium in Mirpur.

Afghanistan’s in an inexperienced cricket team. Recently they have played three ODI series against Zimbabwe. Their attempt is too established in cricket field and gather experience by playing with several sides. 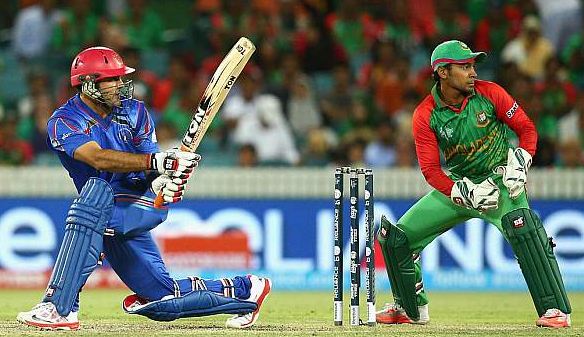 ACB governing body Nasimullah Danish mentioned that they are looking forward to enter cricket world. Actually the games those are they have been playing since some past times, is the technique to learn tricks from the opposition. In that process they came to learn the weak and strength of the opposition.

The Chairman said they made close discussion with International Cricket Council Full Members. He also termed that to play versatile team would always good for their team development to test themselves in different environment. He told Bangladesh becomes the best place to do that.

Nasimullah said with confidence that Afghanistan are trying to get more games with Full Members, and Bangladesh is just the start.

The both parties played twice 50-over encounters in previous. The first stroke was Asia Cup 2014 and another in 2015 World Cup. The game score embarked 1-1 score. The first match was won by Afghan cricket team by 32 runs and the second one was grabbed by the Tigers. This is the first bilateral fifty overs long game of two side. It is expected very excited and Bangladesh Cricket fans are eagerly awaiting for the event.

According to Bangladesh cricket schedule, they will visit England in the next month. Bangladesh and England series will start from 7th October and the series will run for five weeks long. BCB chairman Akram Khan confirmed they will play at home ahead of the England tour.

Mashrafe Bin Mortaza will handle the event against Afghanistan. The full member of the series yet not announced. It is expected soon BCB will release the list. Probably Taskin Ahmed could join the side. The Afghan squad also hidden and they assured that they will disclose it as soon as possible.

At present the Tigers are training up for the upcoming schedule. They seemed more confident than in ever. So, friends enjoy the most happening cricket series to get update keep eyes in our site.