The world’s best all rounder Sakib Al Hasan will not play the upcoming Asia Cup, which going to place from September this year. He got injured from last six month and still suffering from a finger injury. The left-handed youngsters got pain in T-Twenty series against West Indies. Later, after the series went on to determine the pain-relieving with injection.

It is difficult for Sakib to continue playing in such a long time. The local and foreign also advised him to take operation as soon as possible. There is no substitute for surgery to get rid of this situation in front of Tiger All-rounder. 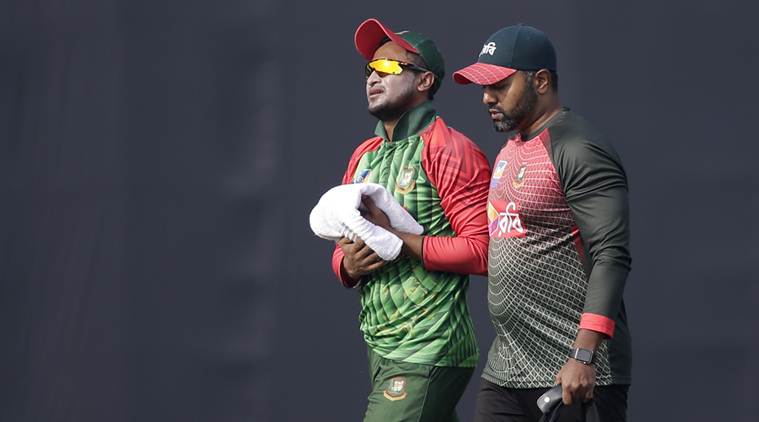 Although Sakib did not have the problem of bowling due to pain, Sakib could not give full effort to the batting. Test and T-Twenty captain should be out of the field for one and a half months if the surgery has done.

On Tuesday (August 7th) BCB doctor Debashish Chowdhury gave the information to the media. Debashish told that Sakib’s left-handed Little Finger joint was Dis-Location. He is basically feeling the problem of batting. He can not afford 100 percent of the batting. The all rounder told that several times. That’s why he was sent to a hand surgeon in Australia. Under doctor’s supervision, he was given an injection. Then the inflammation decreases slightly. As a result, he has been able to play fairly well for the past few months.

Although there have been some problems. In terms of hand surges, injection has been given for short term management. But in the long term it will not work too much. After the group moved to Florida, the doctor there gave an injection. The doctor said that the management would be useful for a very short time. After this, after the team returned to the country, Sakib, management and they all have to make a decision. Rehab should be required for one and a half months because of the operation.

After the West Indies mission, on Thursday (9th August), Team Bangladesh got returned to Bangladesh in the team management, medical departments and Sakib final decision of surgery.

The Asia Cup in UAE in September, Zimbabwe and West Indies in the home-matches in October-November. Decision will be taken after discussions about whether there will be less impact on the team due to the lack of surgery at the time of surgery.

If the decision of the operation is taken now, then this all-rounder will not be seen on the Asia Cup stage in UAE.