The 31-member primary party for the Asia Cup was announced before the eve of the August. The announcement for the 15 man final squad made on Thursday, 30th August. This being the final squad for the upcoming Asia Cup which going to kick off from 15th September in UAE.

However, Sabbir Rahman, who has been criticized for some days, has not been included in the squad. It is very disappointing for the young man to out of the squad such a great event. That means the batsman have no chance to play in the world best cricket World Cup which will be played n the next year.

Mashrafe Bin Mortaza has been announced as captain by the team. Three pacer Mustafizur Rahman, Rubel Hossain and Abu Haider Rony are in the squad. The top order batsmen Soumya Sarkar and Enamul Haque won the team.

Sabbir’s conversation was already heard. But in recent cases, the wife has been in a dowry case involving Mosaddeq in the dowry case. Finally he survived. It’s really surprising he got chance to the 15 man squad.

The Bangladesh Cricket Board (BCB) announced today a 15-member squad for the Asia Cup. BCB chief Nazmul Hasan Papon came to the country after the Hajj. That’s why the team’s announcement was largely waiting for the team. 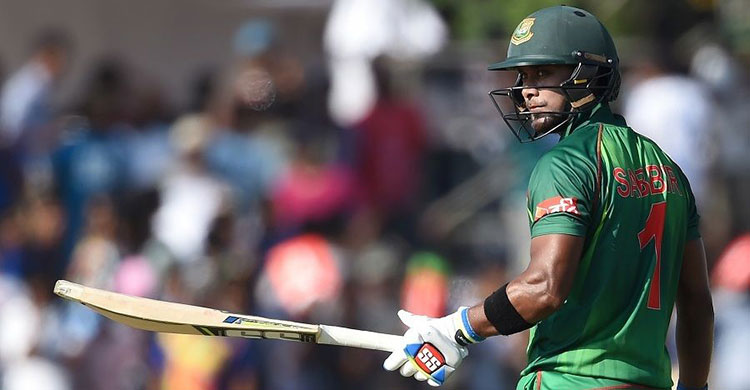 On Monday, preparations for the 31-member primary team began with the new coach Steve Rhodes. Then, for the last few days, the verification phase has been selected.

The main preparations for the next 15 days will be the best. Nazmul Hasan Shanto, Mehedi Hasan Miraz, Ariful Haque and Nazmul Islam Apu have been called as young players in the team.

Shakib Al Hasan also included in the squad. He decided to be operated after finishing the Asia Cup. He being the vice-captain of the team. Mohammad Mithun got good sports awards for Ireland ‘A’ team. The team has also been selected. The young fast bowler Abu Haider Rony, who retired in the Asia Cup squad, also performed well in the last West Indies tour.

However, the full squad in very good form. They all are camping for the Asia Cup mission. They will go for the UAE on 9th September. Here the full list of them.