The Asia Cup begins on September 15 with the Bangladesh-Sri Lanka match in Dubai. Bangladesh are not playing two consecutive matches in the group stage. But the possibility of playing in two cities in two consecutive days can not be ruled out in the next round. There is news that India wants to change the schedule of Asia Cup. What will Bangladesh do?

India has raised objection to the schedule of Asia Cup Such a news has been found. India will have to play matches for the next two consecutive days, according to the Asia Cup scheduled to begin in the UAE in September. The second match again against arch-rivals Pakistan. Naturally, the Indian cricket team is dissatisfied with this schedule. 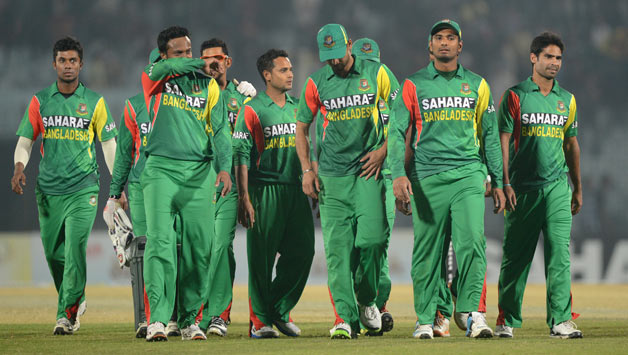 Bangladesh have been in the ‘B’ group in Asia Cup. Their partner in the group Sri Lanka and Afghanistan The Asia Cup starts on September 15 with the Bangladesh-Sri Lanka match in Dubai. The next match of Bangladesh in the group stage on 20 September in Abu Dhabi, against Afghanistan. If Mashrafe’s team gets to the last four after group runners, then the next match will be played the next day. That is another city in Dubai. The opponent will be the ‘Group A’ champion. It may be India or Pakistan.

In the United Arab Emirates, there will be hot weather, matches will be one-day international. There is also a quick journey from one city to another. According to the current schedule, India’s drawn two matches are in the same city.

If India object to not playing two matches continuously, what is the BCB thinking about? Akram Khan, head of BCB’s cricket management department, said the possibility of playing for two consecutive days in two cities and they have not seen this in the way. If they have a chance to play two games consecutively, then take the matter seriously. If India informs them about the need for change in the schedule, they will also apply for that. If no need is changed, then there is nothing else to do.

Even in the Asia Cup, if The tigers have not won the title, but their success in the last six years is not neglected. Even Mashrafe’s team was the finalist of the last two occasions. Although last year’s Twenty20 edition, Asia Cup is the ‘favorite’ version of Bangladesh in ODIs they also good. The version of the one-day, with the confident tour of West Indies, will also inspire some good for Bangladesh. As a result, Bangladesh can be Group champions.

But everything is not certain in cricket or in the game. Bangladesh can group runners-up also be. But it may be a matter of concern that the situation in the UAE and the pressure of pulling in different cities in two days.