Bangladesh Cricket Board revealed seven names for upcoming Afghanistan series. According to report BCB has chose seven players from Bangladesh ODI pool for XI squad. The ODI will be hosted at Fatullah, Stadium.

The national selectors listed the seven man whose are Imrul Kayes, Anamul Haque, Mossadek Hossain, Sabbir Rahman, Subhashis Roy, Mehedi Hasan and Alauddin Babu. Today the selectors will handover the list to BCB which will disclosed on thursday.

Anamul Haque is the wicket keeper batsman of Bangladesh team. He became the captain of Bangladesh Under-19 world cup team in Australia. The 23 years old was the top run scorer of the tournament who made two century on the competition and grabbed Player of the Match in once. He made his debut in the national side in 2012 Asia Cup. He is really a brilliant batsman at all. 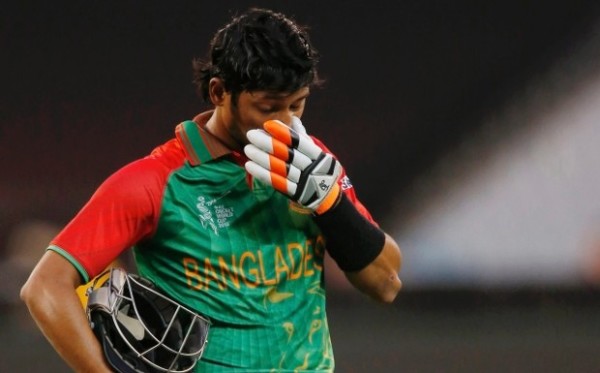 Sabbir Rahman is the another talented guy who played as all rounder. He is good in bat and also ball. He became top run scorer in last Asia Cup in Bangladesh. Mossadek Hossain,  Subhashis Roy, Mehedi Hasan and Alauddin Babu is also good performer. The youngsters very confident for the upcoming series.

From the 20-man squad the seven are selected for starting XI. The rest four name yet not confirmed.  Liton Kumar and Kamrul Islam Rabbi have the possible chance to include in the squad. The selected seven will play the first two ODI match and then it could change for test.

From the other six players picked for this match, Liton Kumar and Kamrul Islam Rabbi should make the chance count since Bangladesh have a busy schedule ahead. Liton was a regular in 2015, especially in ODIs, but couldn’t even make a half-century. Rabbi, on the other hand, was picked later in 2015, but didn’t make his international debut to show his pace bowling prowess. Both Liton and Rabbi do not feature in the ODI pool.

However, the selection clearly meant that the spinner Arafat Sunny has been ruled out from ODI squad. According to reports he had gone to Australia for the bowling action assessment. On the other hand the Bangladesh Wonder boy Mustafizur Rahman also cut out from the list due to shoulder injury. Like he will join the New Zealand series in December. BCB yet to submit more four names. Soon it will be announced soon. So guys enjoy the Bangladesh vs Afghanistan series and linked with us to get update.