Finally Taskin and Sunny cleared bowling action ahead of Afghanistan series. According to report Bangladesh fast bowler Taskin Ahmed and left-arm spinner Arafat Sunny who was banned for illegal bowling action, has passed the ICC test and available for the national team.

The Both guys were suspended  for illegal bowling action during 2016 World T20 at Dharamsala when they were playing against Netherlands. They were failed ICC bowling test in Chennai. Since then the both bowler had worked under the supervision of the Bangladesh Cricket Board. BCB earlier set a  bowling action committee and the two boy were working very closely under the committee. And finally they rectify their actions. ICC found the ideal measurement of the legal elbow of 15 degree. 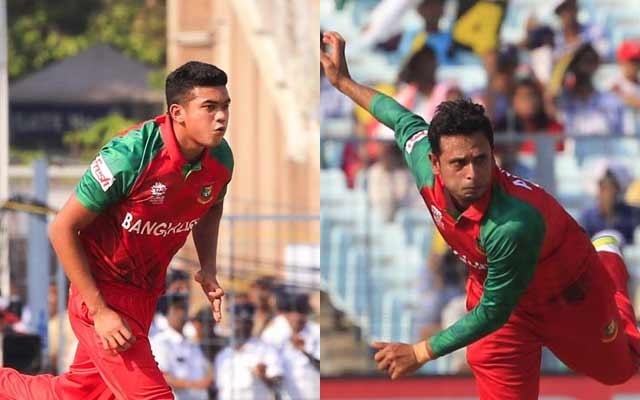 With the ICC clearance, Taskin joined the squad as the 14 man against Afghanistan series. He has been confirmed for three ODI. Actually Bangladesh announced 13 man squad first but with them now they are total 14.

After releasing from all the claims Taskin felt relax. The pacer told to media that It became such a relief after long time. The young man termed that his family is also very happy for the event. He thanked to BCB and the national team management who gave him full support in his bad time. The fast bowler believes this only possible for the support of them and also for the fan of Bangladesh.

He mentioned that It also  a great honour when people like the selectors and the board wait for someone’s comeback. The selection panel had kept a spot empty in the squad for him and he thankful to them.

Sunny is not included in the current squad despite of passing ICC test. After even out of the side he is happy. He told on ESPNcricinfo that he

felt at peace happy for clearing the the bowl. He mentioned that it was very big deal for him to pass the test. He added he had gone through months of rehabilitation.

When he came to know about the clearance he was so desperate to share it with all. He wanted to take forward his career and wanted to play for the country forever. Now the spinner thinking to play NCL from September 25.

Sunny expecting He will be the part of England series in October. There has just one day to go, Bangladesh going to start the International series against Afghanistan. After that they will play another series with England in October. So guys enjoy the event and be linked with us to get update.