For more than three years, the country’s leading mobile phone company Robi has been with Bangladesh cricket team for two terms. In the open tender, they have purchased the team sponsorship rights of the Bangladesh Cricket Team for a period of 2 years from the highest bidder Top of Mind.

In the second period, Bangladesh Cricket Board (BCB) was in agreement with the 2019 World Cup. But the company has broken the contract with the BCB 10 months prior to the completion of the second term. On Sunday they gave their decision to BCB. 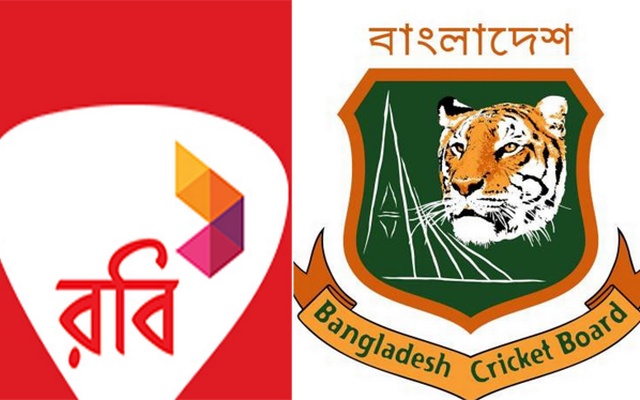 Bangladesh’s market value has increased in international cricket by buying sponsorship. In the last two years, the team sponsored the sponsoring sector of 41 crore 41 lakhs and did not object to the expenditure of the Taka 61 crore for the next two years.

Asia Cup Cricket in the United Arab Emirates next month When the Asian Cricket Council runs the process of selling it to the UAE Exchange, the India-based mobile phone company has withdrawn its name from the title sponsorship of the Micromax Asia Cup Cricket, then there is a chance to have the logo of Robi in the Bangladesh team’s jersey in the big tournament like Asia Cup. But the company did not want to take this opportunity. They neglected to gat the chance.

BCB is looking for team sponsorship before the Asia Cup in the event of the situation. However, skeptical analysts of the brand value of the tournaments in Bangladesh for the next 9 months if the Asian Cup and World Cup are excluded. Zimbabwe, New Zealand and Ireland tour have remaining to play. The next home series against West Indies and in this situation BCB will get the replacement of Robi. But the question is that the amount of sponsorship money will be like Robi.