Shafiul was injured during BPL the most leading domestic cricket tournament in Bangladesh. While he was fielding for Khulna Titans against Dhaka Dynamites. His left leg damaged badly and he kicked out from the field.

Shafiul spent a wonderful season in BPL tournament. By playing 13 matches he picked up 18 wickets. He was fixed for New Zealand tour but his unwanted injury has ruined all plans.

The fact of injured Shafiul is a big problem for the Tigers.They has  already lost sunk their one strong bowler Mohammad Shahid. He is also injured during BPL. In that situation one more injury can be proved dangerous for them. 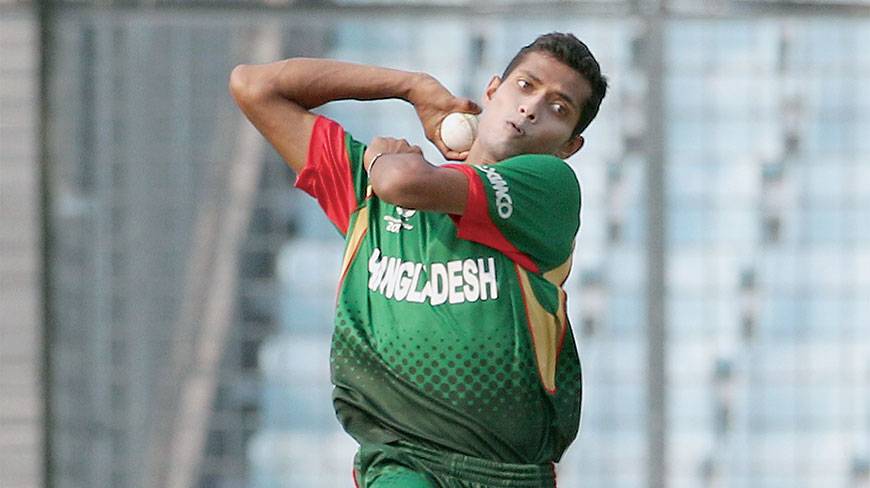 But the Bangladesh Cricket Board chief selector Minhajul Abedin still wished to return of Shaiful. They hoping cast him in Test series. Causing of injury he unable to take part in the One Day series and also T20s. But as the Test series starts from January in upcoming year, the selectors hopeful to see him playing in the Test.

Rabbi is very talented guy. He is good in all three format game of cricket. The pacer had made his Test debut this October against England. The selectors are took the standby bowler as well as Al-Amin Hossain and Alauddin Babu. The both are very good in their place but now the tigers need something better to fight against such a hardest team like New Zealand.

Kamul is another standby setup. The selectors elected him in their 22-man squad. There has a vast cause to take behind the decision. In BPL he blashed himself by taking seven wickets in eight matches. He boost the Barisal Bulls in various way.

The chief selector Minhajul has taken the decision to watch the impressive performance. This is phenomenal record which grabbed by the young talent. So BCB considered about him. The chief termed that they had heard many negative comments  about the pacer. That was the main reason why they had no considered him for the tour. But after watching his impressive performance the blow away. And when they got the option to choose another pacer, he immediately took Rabbi not delaying any more.