The former West Indies captain Courtney Walsh, reportedly join as the Bangladesh Coach in Bowling side. According to ESPNcricinfo report he has already signed a three years contract which will be finished in 2019.

Bangladesh Cricket Board yet not made any official announcement or any kind of Public comments. BCB president Nazmul Hasan Papon only announced on Sunday that they have signed a new bowling coach for the side but did not disclosed his name. Possibly BCB governing body do not want to publish the news until Walsh will free from all boundness.

But the news leaked by the BCB internal source that Walsh replaced Heath Streak ahead of Afghanistan series and he could get in action upcoming week. 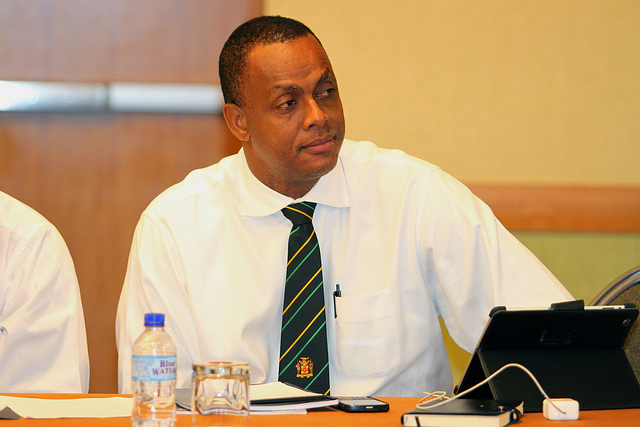 Bangladesh cricket team has needed a good bowling guideline since their veteran coach Heath Streak dispatch in May. From then BCB are looking for a new bowling consolure. The first target for the post was Pakistan paceman Aaqib Javed. But Javed rejected BCB’s offer in June. He also discussed the case of put down the offer. Actually he had recently joined Lahore Qalandars in that time for nursing them for upcoming possible. So it was quite impossible for him to take another responsibility.

since then, BCB governing body searching other candidates for the job. Along with Walsh Champaka Ramanayake, Chaminda Vaas,  Allan Donald  and a few more others were also in their panel. And finally they done it with Wales.

This is first time for The 53-year-old to work in a major side. He retired from the International cricket in 2001. From then he has seen playing various role cricket administrator. as well as West Indies national team selector, Counselor of Jamaica Tallawahs in CPL. He was also worked as manager of the West Indies U-19 team.

He became the leading wicket-taker in Tests format. The West Indies paceman has clobbered 519 wickets by playing 132 Tests. In ODI field his record was not so bad. In 205 matches he has taken 227 wickets. Actually he furnished his career with some high perform record that is respective to all.

Walsh has been taken to guide the pace bowling side and upgraded them in high level. Bangladesh not a bad team at all but they need proper guideline which can give them appropriate direction. As we watched last season they spent a rocking year when they defeated Pakistan, South Africa and India at home. Not only that it is also very surprising that they entered a great panel of World Cup quarter-finals.