Bangladesh team all-rounder Shakib Al Hasan conferring the career best ranking. The double century gave his this extra boost of ranking. The second innings may be still a thorn for the former captain of Bangladesh. But the glory of the first innings remained deeds. The same reflection has seemed in the field of ICC rankings. Wellington Test double century in the first innings, Shakib Al Hasan took a career-best ranking.

Rankings for Test all-rounder Shakib Al Hasan has achieved a career-best ratings points. But he is still behind from India’s all-rounder Ravichandran Ashwin.

Wellington rankings for Test all-rounder Shakib got 31 points. Now he standing with 436 ratings points. The previous career highest ratings was 419 which achieved in 2004, November. Ashwin existing on top with 482 rating points. 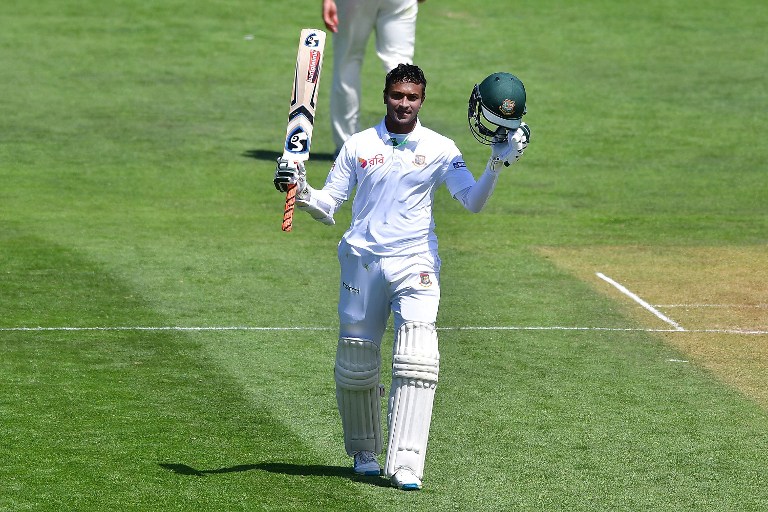 However, the biggest jump made by the batsman Mushfiqur Rahim who go ahead from the Shakib. Along with Sakib the great captain of Bangladesh made the 159 run record. He Has jumped up by 10 steps and presently existing 35th number place. In the second he achieved 13 runs and the injury forced him to leave the field. Otherwise, he may as well save the match got a chance to proceed further in the rankings.

Bangladesh batsman Tamim Iqbal are still at the top of the rankings. In Wellington the left-handed opener scored 56 and 25 which lifted two-step up and risen at 10. 64 and 23 runs in two innings, Mominul Haque risen one step ahead and standing 28th position.

Sakib is the world best all-rounder. Since some time his career not take any important round but after a long time he played very well. He became the greatest cricketer in ever played for Bangladesh. He achieved many glorious medal and honor in his career.

The 29 years old holding numbers of  domestic and international records. Last season he played around 250 matches where he able to gather score 8000. Not only that in ODI he achieved 9 centuries. IN Test and Twenty20 format his achieved being not less.

However, the players has risen the Bangladesh team in top level and they also increased their form in different side.