Bangladesh traveling New Zealand after Australia camping. They defeated of the Friday warm-up match. And the Saturday rain gave hindrance to practice. Actually the last day practice has not done perfectly. But after all that the captain Mashrafe Mortaza not seemed tensed so much, even he is still fairly satisfied. Tigers skipper believes, Sydney camp with the team has been able to adapt to the conditions quite a bit.

At the end of the camp, The tigers has crossed the Tasman today at  morning. They left Sydney for their new destination Whangarei. Bangladesh will play their only practice match in this city. And the first One Day will be held at Oval on Thursday.

Bangladesh was in Australia at the end of the BPL. Coach Chandika Hathurusingha plan was to spent time in Sydney for a week. Actually the main reason of the of intensive training camp was to adjust the team with the  conditions of the new place as much as it can possible. 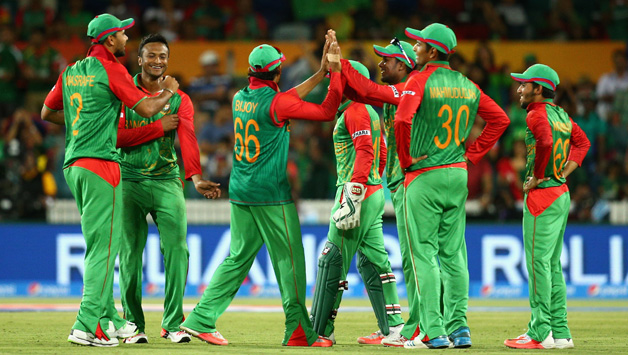 The Captain Mash very hopeful for the New Zealand series. Yesterday he made a phone call, where he mentioned about the Australia camping and how it develop their performance so far.

He told that to cope with the conditions was the main cause of the camp. New Zealand, though somewhat different conditions, yet they have received as much as possible in a nearby atmosphere. Even he termed that to cope with the weather, atmosphere, culture, get to take with them is more important than the practice. From that point of view the camping helped them very much. With the new atmosphere the boys get used to cope a lot of condition.

As Bangladesh won the first game and lost the next two in Sydney. But Mash is no more concerned about the game. He believes the practice match is not all. He mentioned about the 2015 World Cup warm-up match. He told that they had lost in before during World Cup camping but is not so important and who cares the win and lose. The main thing is that how much they learn from the match.  But he hopes the practice will help them in the next step of game.