Bangladesh wicketkeeper-batsman Mushfiqur Rahim out of the field for Two weeks. The unwanted injury forced him to kick out from the game.

Yesterday when the full team present at Nelson field to practice match eve of the second ODI Mushfiqur had been not seen. The matter was doubted to all but after a while team head coach chandika hathurusinghe confirmed that the wicket keeper will not be able to play in two weeks to leave the field injured a hamstring in the first ODI in Christchurch.

Be sidelined for two weeks means he will out of the remaining two matches of the series and will not be able to play the whole four-day series including two T20Is. The Test captain is unlikely to play in the first Test which starting from 12th January in the next year.

Today the second one-day international Nurul Hasan made debut in the place of Mushfiqur. Although he was not included in first-team and also out from the preparation camp, traveling New Zealand like the others. And finally Mushfique injury gave him the opportunity to make debut in International cricket. 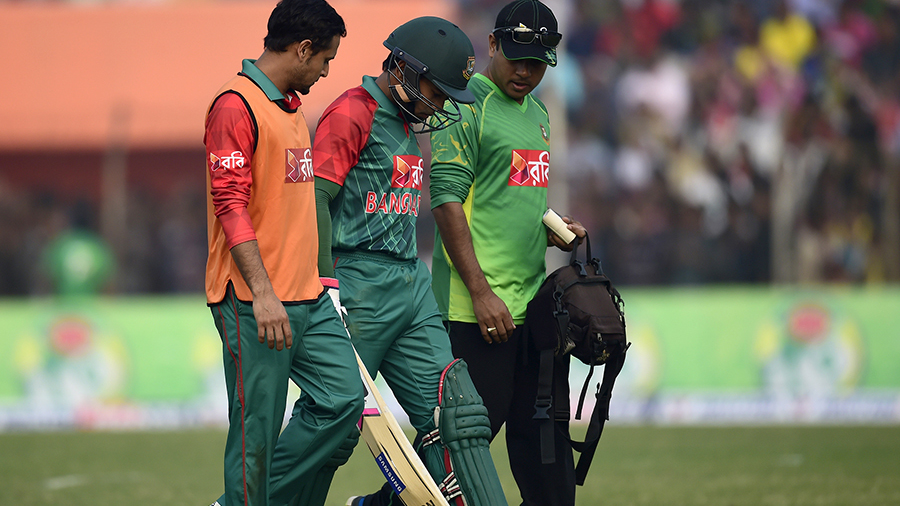 The first one-day international on Monday the 38th over to take a quick single to the left leg seemed to pull a hamstring of the wicketkeeper batsman. To run again in the next over to dive injury. And left the field with fujitora. Wednesday was supposed to scan in place of injured. But the situation did not improve after a scan it has been confirmed that he needs to be two weeks to fit. It is not sure so far. After two weeks he will again scanned and then it will be said something clearly.

Coach said, if you do not scan ‘hamstring tear’ is understood. Details will be known after the scan. But Nurul’s debut not proved effective for the team. And once again the tigers lost the game.

After One Day, they will play T20 series. Musique will miss that also. After all that they will face Test Series in New Year. For the two weeks he is out of field. In a year he injured for two times. In previous he had not face the problem like all that.

However, Bangladesh had not started the tour well. First Day they made many fault and the second match also trashed. But the supporters are expecting to back the Mushfique as soon as possible.