Asia cup knocking at the door. This season the Asia Cup tournament will be held in the United Arab Emirates. A good spin coach or consultant is very much needed. But at that moment a big push bang hit the Bangladesh cricket. Spin consultants Coach Sunil Joshi not more in Bangladesh. Bangladesh team does not get Joshi in Asia Cup, He is going to join his country’s National Cricket Academy.

Sunil Joshi was appointed as the bowling consultant to the Bangladesh cricket team before the home series against Australia in August last year. In 2000, when Bangladesh played the first Test against India, Joshi took 5 wickets in the first innings of the match. It is a skill to take only 5 wickets in Test cricket for India, playing 15 Tests. Bangladesh is not getting a spin coach from the upcoming Asia Cup. Indian media published the news of the BCB sources. 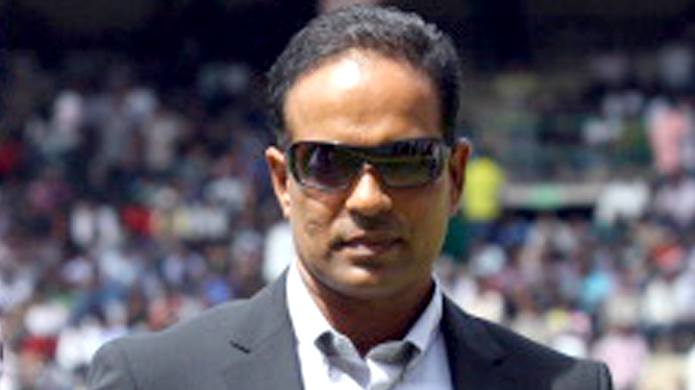 48-year-old Josi decided to return home. A BCB source told the Indian media that they have learned that he is going to work at the National Cricket Academy. If that is the case, then they can not get him in the next, even in the Asia Cup tournament.

Joshi joined Bangladesh cricket team before the home series against Australia in August 2017. After the dismissal of Sri Lankan Ryan Kalpagh, BCB wanted to appoint Australian leg-spinner Stuart MacGill. BCB warns that McGill refuses to take responsibility due to illness. Josi played 15 Tests and 69 One-Day Internationals for the Indian team. He has 41 wickets in Tests, 67 in ODIs.

The Bangladesh Cricket Team will start the practice on Monday ahead of Asia Cup. Bangladesh will play against Sri Lanka in the inaugural match of the tournament on September 15 in the United Arab Emirates. The Asia Cup will be held in the ODI format ahead of the 2019 World Cup. 6 teams will be present this year. Bangladesh, Sri Lanka, India, Pakistan and Afghanistan will have a qualifying outing.

Spin is good for the United Arab Emirates. Spinners have a lot of importance. At that moment, Joshi is backing himself from the Bangladesh team. Joshi does not have the spin consultant of the Bangladesh team. It is very disappointed to the tiger players and the fans. So this will be great challenge for the guy who are accuse to play in the upcoming tournament. The BCB planning alternative for that as they not get Joshi.