The next U-19 World Cup is still far away but the Bangladesh youth group has already begun taking preparation. Even they has taken practice to fit themselves. According to reports it is the new team which going to participate for first time in any tournament. As we know Sri Lanka going to host the Youth Asia Cup, Bangladesh U-19 team is getting preparation to play.

The new youth group will be led by Hassan Saif and they are taking preparation to fly Sri Lanka on Tuesday. On the same day to begin an eight-team tournament. However, Bangladesh will play the first match on Thursday. Before the tour the new team first-group coach faced media on Sunday.

Former Under-19 team, led by Mehedi Hasan Miraz has brought success in the Youth World Cup in Bangladesh. Saif is now a key member of the team captain. The new group is relying on the new captain. 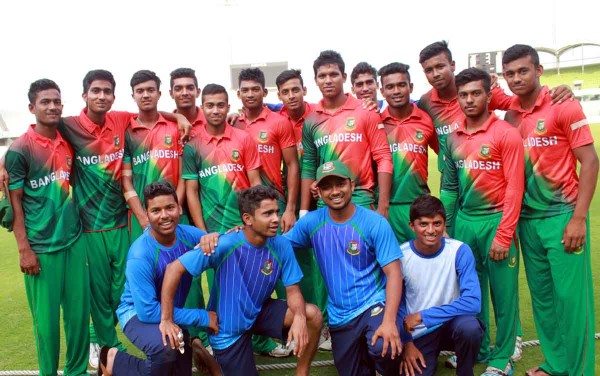 The captain expressed to media about the less experience of the side. He believed after playing the Asia Cup everything will be ok.  It is just begun, later it will be solved in time. But the most happening thing is that the more of the players are playing together since U-17.

The captain revealed that all communication is quite good. They have been camped together for three or four months. Preparation matches also played by them. And he is hopeful for the group future.

The coach Abdul Karim Jewel is also hopeful for the side. He mentioned that with the World Cup the team is considering as the primary level. He added their preparations for the tournament being great. The coach also expressed how the side gathered experienced by playing August camping, several wickets in Cox-Bazar, BKSP and in Mirpur. He hopes it will be better.

Karim also told that he has chosen many players from under-13, under-15 and Under-17. They all are participating through the steps of this age-group.

2018 Youth World Cup in New Zealand will be. The team is being set up for the tournament. The new captain and most experienced player Saif has played 33 one-day youth matches. He also played twelve first-class matches so far.

There are also included another pacer from previous squad who is Abdul Halim. With the captain, Halim also take part in the competition. Actually the full squad to consider the forthcoming WC and they has been rearranged the side. Even the board selectors Ehsanul Haq also mentioned the same thing. This is the pre-planning of Under-19 WC. And they organized that to keep in mind.