Barcelona defender Jeremy Mathieu has injured and he will be sidelined for three weeks. According to reports the france defender has been suffering a calf injury and kicked out for the side for next three weeks.

On Tuesday night, losing against Espanyol for 0-1 score in Super Cup the defender getting  injured at the beginning of the second half. The injury forced him to leave the field from the running match.

Barcelona said in a statement on Wednesday, after several tests, a rear right leg muscle injury. And this season he will be sidelined for three weeks. The defender is very hard-working. Despite of playing center back position he often seemed to play midfield and front. This season he has played total six matches for the La Liga giant and scored one for the team. The 32 years old really an outstanding player. 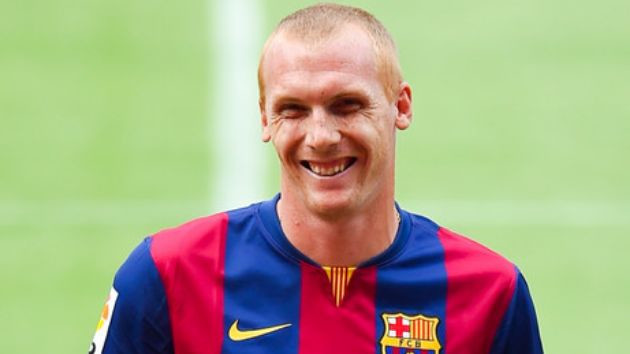 Mathieu has been shown the red card against Manchester City on Wednesday match. The match result had came to Barca favour but the defender has kicked out from the running match. The 4-0 win over City really nice but the over confident ruin their image in Super Cup.

Enrique has not take Espanol seriously and that’s why he faced them with the B team. He also sanctioned holiday for Messi, Neymar and Suarez. If they had played, the situation would not have created. It’s a bad luck for the team.

Many are blamed Enrique for the match but he has ignored the comment. So over confident is not well. And to take the opposition as slightly is foolishness. Because every game is important. Probably the coach did not want to take any risk of injury. Because he keep the key players for the La Liga and Champions league.

Actually he has not want any more injury. Vadal is also injured and has not take part in the competition. Messi was also injured two weeks ago. Saturday’s La Liga match against Granada at home for only two of the defender are ready. One is Argentina’s Javier Mascherano and  another Umtiti.  Now Barca need one more defender for the next match.

Enrique searching for the best fit but in short time it is too tough to train the new one. The coach very serious for the Granada match. The three strength and also the other guys will back the training camp in tomorrow. Hopefully the match will be very exciting. So guys enjoy the match and stay with us to get more news.