FC Barcelona are back to the winning way in the La Liga after a disappointing 1-1 draw against Real Betis. The Catalans got their momentum back after a comprehensive victory was secured against Athletic Bilbao. The two Spanish side came head to head in a league clash where the current champions got the better of their opposition to achieve all 3 points from the fixture.

The Blaugranas hosted Los Leones at the Camp Nou on the Saturday afternoon and the hosts showed no hospitality to the visitors as they scored 3 goals and a typical Barca performance gave the full marks to the Luis Enrique’s side. It was a dominating performance by the home side and their fans went home happily. 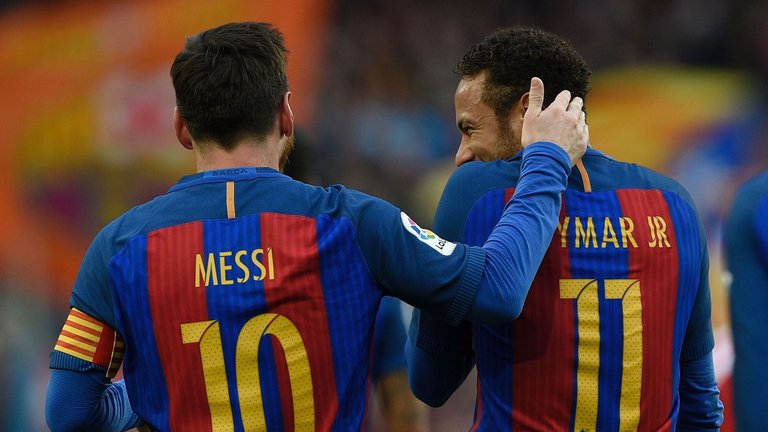 Paco Alcacer who has joined the club this season from league rival Valencia, opened the scoring on the 18th minute to give his club an early lead. It is just the 2nd goal for the 23 years old forward in a Barca shirt. The young attacker had netted 15 times last season for Los Che Els Taronges. Brazilian super star Neymar Da Silva provided the assist.

Argentine sensation Lionel Messi continues to impress the world and doubled the lead for his team on the 40th minute of the game. It is the 31st goal of the season for the magician. The total number of goals the 5 time Ballon d’Or winner had got last season is 38 and needs 8 more in this ongoing campaign to surpass that. The Catalans finished the first half on a high and went to the break with two goals’ advantage.

Barca manager Enrique brought in Argentine versatile footballer Javier Mascherano to replace Gerard Pique, just after the break. Lionel Messi didn’t play long time too as he came off on the 64th minute, with more than 25 minutes to go as Sergi Roberto replaced the Argentine captain. But Barca were not happy with just 2 goals as Aleix Vidal increased the lead again on the 67th minute and he got his second goal in a Barcelona jersey and with that goal the heavyweight side sealed a comfortable 3-0 victory as well as 3 crucial points.

Barcelona are currently sitting at the second position in the league table with 45 points from their first 21 league games. Bilbao is at the 9th ranking with just 32 points beside their name from the very same number of games as Barcelona and Real Madrid are still topping the ladder even though they have played two games less so far than their nearest rivals.