Barca captain sidelined for two months as he damage to the lateral alike ligament in his right knee. According to report the captain has been kick out at least six or seven weeks.

The midfielder got hit before first half and left the ground. After that he has been given the primary treatment. When he reached to the specialist, they confirmed them that he has suffered knee injury. That’s why he could be out of action for seven or eight weeks.

Barca boss Luis Enrique very disappointed for the event. He claimed the referee Undiano Mallenco did unfair with them. After winning the match he told to media that he was happy for the win against Valencia but the worst thing about the game was the injury of the captain. 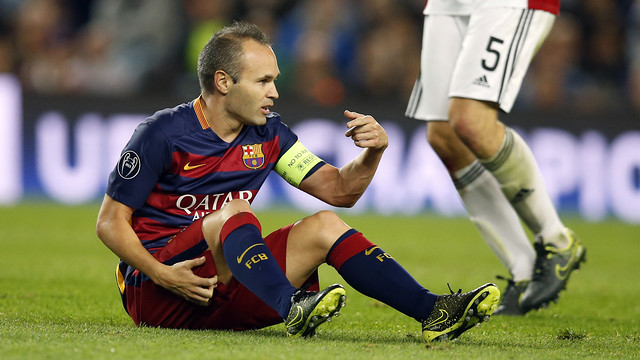 He added that it was a moment we had seen that clearly. As they existed in the closed it was confirmed foul but the referee did not show yellow card. And they think it was totally unfair decision. It is a serious injury and the  Enzo Perez only responsible for that.

Catalan midfielder Sergio Busquets also made comment for that. He told it was totally a shame for all. Because world wide viewers know that what happened in the field. It was a dangerous place to get a knock and it could leave you out for several weeks. We hope he could recover as soon as possible.

But the doctors are said the different things. They mentioned that the captain needs to be some time to get fit because it is a major injury. To get fit totally it could take about two month.

Despite of the referee’s decision unfair, Barca won the game of 3-2 goals. The Barsa star Messi pair goal boost the club to grab the match. Messi scored the first goal in 22th minutes. Two quick goals early in the second half of the Valencia team get behind the Luis Enrique team. After that Messi scored a penalty in additional and they left the field with the pleasure of victory.

It was a big joy for the club. Now they are top of the La Liga point table. They are leading with 19 points. Before the match they were in third position on the table but now they crossed the Real Madrid and Atletico Madrid. Absence of the captain, Messi could get the responsibility of the team as he vice-captain of the team.