Alex Song Joined in Russian club Rubin Kazan after terminating Barcelona’s all past contract. The deal has been completed on 21st July 2016. Since last few times Barcelona wanted to release him and last weekend the Russian club had shown their interest to the midfielder and the deal have finalized among the both parties.

The Cameroon International had attached with the La Liga giant ahead of the 2008-09 season and continue with club 2012. On the year Song and team Barca made a new agreement for next five years for around £16 million bid. But in 2014 the Cameroonian was sent to West Ham United on season long loan where He played 31 matches for the premier league side. 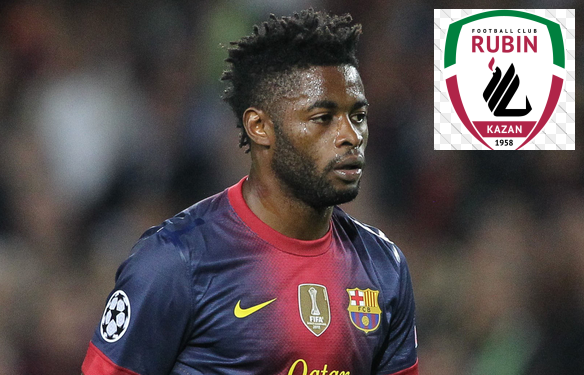 After finishing the loan season with West Ham United the midfielder joined Barcelona by no more delaying. And Barcelona signed a three year contract with them.

But all of sudden the La Liga side consent to sell the Cameroon midfielder and wanted to borrow some new face for the team.

The Spanish giant announced that they had reached an agreement of terminating all contract which was bound between the two parties. The club also wished the Cameroonian good luck and much success in his future professional career.

The 28 years old former Arsenal midfielder made total 65 appearances for Barcelona club. Among of them in 2012-13 campaign he played 34 games and 2013-14 31. On the long season he able to do one score for the side.

The former Barca midfielder is very hard working and good runner so far. He always played seriously in field and his playing style is so different. That is true he could not able to do a good score for Barcelona but as the midfielder he always did his job with honesty. And it is hoped he would do well in his new club Rubin Kazan.

This being the second same category deal of team Barca which has been taken place in the same way. Another was happened with Martin Montoya in first day of August. And the club similarly cut throw the contract with the player. The first went to Valencia side and the second in Russian side.

In last month the club confirmed Andre Gomes and now they are looking forward to set the backup of trio striker Leo Messi, Luis Suarez and Neymar. They have already made some lucrative offer for the deal and it is expected, soon the deal will be confirmed.