Barcelona coach and player very disappointing for the unwanted defeating at home against Alaves. It was the match where the three Barca giant had taken part but unfortunately lost by 2-1 score.

The head coach Luis Enrique told they had no exact excuse in what they did, but this allowed them to value what they had done in the past. He mentioned that win refers always difficult. So  they have always been conscious of how tough to win. And the game taught them win against one is not an easy task.

By speaking about the Alaves he told that they were very serious and well manufacture. The got three chance in total game and made two score which was really fantastic job. Barce also played well but Alaves considered a systematic gaming format which created trouble for the Spanish giant. 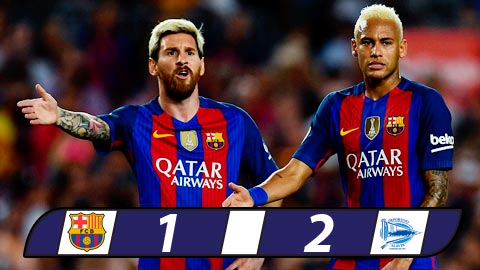 In the first half Barca performed dull after second half they improved. At the end of the they had the chance to do something but the yet unable to change the game. Luis claimed they had enough lacked fluidity, clarity and precision in attack and also were fragile in defense. The coach also confessed his fault. He told things were slipping his hand and for this he is only responsible.

Denis Suarez told mentioned that international break always had a bit of an effect. But he added that he did not want to make any excuses for the lost. He termed they must be picked themselves up quickly as they have an important game on the Tuesday against Celtic in the Champions League trophy.

Sergio Busquets claimed that many things were missing, it was a very tough game and a much deserved win for Alaves. He also added the same thing the international break could not be an appropriate excuse. Now the coach have to decide who would play in their next game.

On the other hand Jasper Cillessen told at the moment, things have not started well as they had lost. He is hopeful for Tuesday match and would try to improve their performance. He also added that he felt very comfortable because, both at Ajax and the Dutch national team, they play in a similar way to Barca.

Messi, Neymar and Suarez had not made any comment or showed any excuse. But they all are very disappointing for the unexpected lost and hopeful for their next match. So guys let’s see what happen. Get update link with us.