Barcelona star Gerard Pique whip to jump MLS. According to Marca reports the defender hinted about his future move in United states side. Pique wished to retire from the US Major League Soccer. Actually MLS is a men’s professional football league which consisting 20 teams in the Eastern and Western Conference.

The 29 years old always considered that he would finish his career with his parent club Barcelona. But now he is inspired by his team mates Thierry Henry and David Villa who also made jump from Barca to Major League Soccer. He also told about the China Super League.

China could be the another destination of the Barca defender, where he could retired from but Pique would like go with MLS in America. 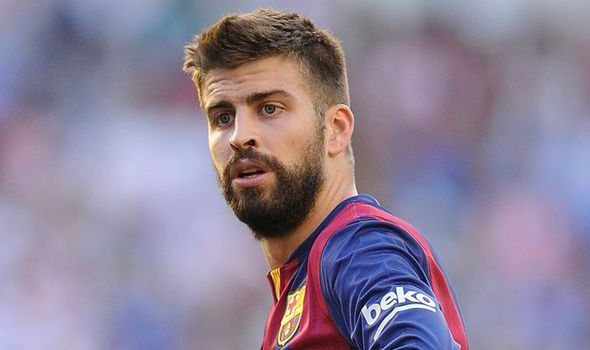 The Spanish man told in an interview that the both leagues were rising, although with some multiple models and he very desperate to perform there.

He added he read that MLS became the seventh-highest attendances league after the European big leagues fifth and sixth. He is desperate to join US not China because the US fans are more interested on football than China. So he did not want to go to China.

The defender mentioned that he had always wanted to retire from Barcelona, but it would be an attractive option for a few years, as long as he had desire to continue playing football.

He told obviously the Major League Soccer rear of the top league as well as German, Spanish, Brazilian, Italian, Mexican and the English Premier League. But it still upper position that Argentina, Portugal and Netherlands competition.

Pique was asked if he would like to move in Colombia where his partner pop Shakira lives. He had nod not replied properly. He just termed it totally depends on future situation. But he confirmed he would retired from some other club. It could be whatever the America or South America but he must end his career with them.

Pique Spaniard born soccer who started the youth club career with Barcelona. In 2004 he moved to Premier League side club Manchester United. He returned Nou Camp in the year 2008 and signed a five year contract deal with the Catalan giant. Soon he became famous in the side and staying there for a long time about 16 years. His dreamt to play the American side ahead of of retirement. So guys let’s see what happen and which will be next destination of the star defender.