Barcelona Belgian defender Thomas Vermaelen has been confirmed for Roma on a season-long loan. Barcelona has consented the news in their official site that they and AS Roma had undergone an agreement for the loan of the 30 years Belgian defender for the 2016-17 campaign.

There has been included one more option for the Wolves in the agreement that they could buy the back liner at end of the loan season.

The Barca defender Vermaelen has already completed medical with the new club Giallorossi . The all process has been finished and he is very close to start training with the Wolves by ending all unhappy quotes at Barcelona. 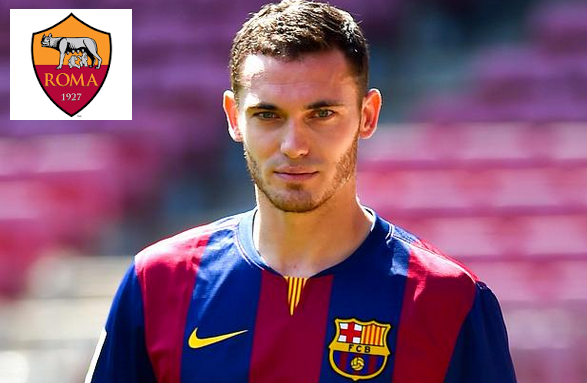 Barcelona announced on Twitter that the Belgian could be undergone with Roma for Medical and With the Club’s permission, Vermaelen has move to Rome to test a medical formalities with ASR where he had completed all medical test so far.

According to Italian outlet Corriere Dello Sport, Vermaelen had arrived at Italy’s Fiumicino airport  where he was warmly greeted by his fans along with the employees.

Then the former Arsenal captain went to Villa Stuart for completing his medical test and passed the all test without any complication. ASR seemed very happy to have the positive result. After all formalities the Belgian penned on paper for season long loan.

It is expected soon he will meet his new teammates and getting start training from Monday. Roma yet not made any official announcement for the deal but it has been learnt to the source the training session would be started from Monday.

The defender joined the Spanish La Liga side in 2014 for £15 million from Arsenal. He could not make so many appearances for the club due to his unexpected injuries. He had played only 11 matches for the team and could not able to gather so much success for the club. He was deal with Spanish giant for a five years long time but Barca release him ahead of the season.

Thomas is also satisfied with his new home. Now he have to prove himself in a new environment and new teammate. It’s now like challenge for him. In Barca he had not got the opportunity to play in the first team but in Roma he would be got the full chance as regular performer. Thomas is very hopeful for his future at Roma, let’s see what happen. So guys keep eyes in our site and to get more useful update linked with us.