Lionel Messi’s son, Thiago Messi joins the Barcelona youth academy. Thiago one of the first child of the Argentine legend who has sent to join Barcelona’s trial school named  FCBEscola. This is the school where the under six children has been trained.

FCBEscola  becomes the Spanish institution which trains children from the age of six. They gives nursing them and makes them an appropriate footballer.

But the recent scheme of FCBEscola adding a pilot plan for those children whose aged from three to five.  Junior Messi will vortex four in upcoming November. And his father set him for the project. 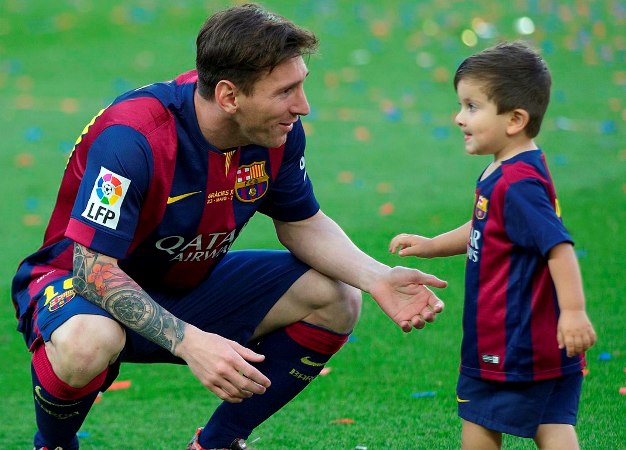 Thiago is only three right now and in the Barcelona wanted to include him in their side. They are hoping the kid obviously get blessed from his father. As Messi acquainted the alien player in the world, they think his boy will be also the same category player someday.

The five time Ballon d’Or winner also very hopeful for his son. Messi said on an interview that he hoped the FCBEscola program would help his son finally get clasped into football. But the Thiago’s statement on the same interview disappointed Messi. Thiago said he hates football. And Messi’s attempt is that to love soccer game by his son.

The greatest forward told with confidently if he starts to love soccer and takes the thing seriously in the upcoming years, then the world will find out the second-generation Messi in upcoming 15 years.  He also mentioned that he eagerly awaiting for the day when his son turn into an alien performer like his father.

But it is almost force him to play the side. And many raised the question why he forced his kid when he is not interested to play football. But the Barcelona forward replied he did not force Thiago to play football.

He also termed he  did not buy him many balls or force him to play with them. The main cause is that his child not like football so much. But he yet hopping if his son overtakes his place one day.

When he came to know Barce trying to set the program to build child career in football he decided to send him the academy so that he gets the positive look for football.

Messi is the greatest player in ever but unfortunately could not able to grab the World Cup for his national team. So his hope is that if one day his son can do that.