The La Liga giant Barcelona planning to set Mexico winger Hirving Rodrigo Lozano Bahena. According to reports the Baca coach very interested to buy the mexican guy in the upcoming season. Actually they set target for few outstanding performer and Hirving is one of them.

After the winning goal against Germany, the guy became the top talk of country. Not only own nation he has become the hub of the whole world. Barcelona is going to jump to take away the ‘Hero’ of Mexico.

At the moment, French winger played in PSV. He has done 19 goals in this season. But after the goal against Germany, he looked at the big clubs in Europe. He going to be star in the upcoming summer windows. 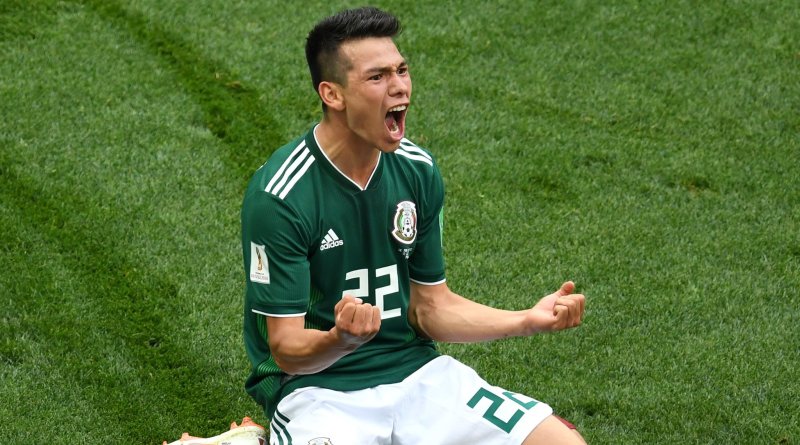 He told reporters that Barcelona had shown interest in him, saying that Lojane’s father. The father of Lozanne old to ESPN that Barcelona has made a wish, but it is still not certain to say anything about it. When the World Cup is over, it can be clarified. At the time they are busy in playing the world’s biggest football tournament.

Lojano is now just 22, So if you can soak up young people, it will be useful to Barcelona. After that, Ghasemeye will be able to make him bigger footballer in the next few years. But it would be completely wrong to think that Barcelona would be interested in him. Real Madrid and some of the Premier League clubs also showed interest in him.

Hirving Rodrigo Lozano Bahena simply known as Hirving Lozano. He is professional Mexican footballer who have played for the PSV club which refer a Dutch club. He is good in playing in the side so far.

The 22 years old started his football career with Pachuca. He won the 2016 Clausura and also the part of 2016–17 CONCACAF Champions League. The scored 43 by playing playing 149 games for the club. He joined the dutch club In June 2017. In his first season he became the scorer of the dutch side.

The winger was the part of 2016 Olympic games. He also part of the U-20 in Mexico and won the CONCACAF Under-20 Championship in 2015. The guy made his debut as senior in international arena in 2016 month of February. After the debut he played Copa America Centenario. The striker performed in 2017 FIFA Confederations Cup. And after that he being the part of most phenomenon football event 2018 FIFA World Cup, which host in Russia.