Barcelona have imposed their target at Italian defender Matteo Darmian for summer transfer windows. The Catalan club planning to set the replacement of Dani Alves with Manchester United right back. As the Brazilian contract with Barca have to finish this summer and he has left the club so far, Barca taking preparation for new the sign.

The Blaugrana’s first choice was Porto right-back Danilo who have join in Real Madrid for a big amount of transfer fee and to cover the defensive box their second choice is United’s talented Darmian and Barca are agreed to pay of €15 million for the Italy man. 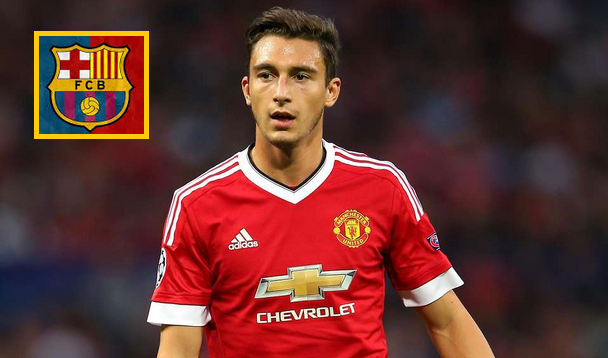 The  25-year-old Darmian joined United side 2015 ford on July by signing a four years deal contract and the full back still under the contract of the club. The defender now busy with his national team in Euro 2016 and concentrated only his job. Darmian still expecting to remain in Red Devil side.

It is also mentioned by him that he had not talked with the new coach Mourinho and  Mourinho being also silent. So it is not known the exact information about the player future.

Darmian is such a talented Italian footballer who is well known for his out standing performance. His performance in World Cup, Friendly and Club game always fantastic. For his domenic act he was awarded the best Italian player of the year, 2014 by the vote of fan.

The Italian sporting director Giorgio Perinetti mentioned that to hold players like Darmian in the side, became the first foot of thinking about essential things. He also termed that it would very tough to keep them inside because a huge number panel of the club always desperate to appoint the star player in their own side and to fill up all dream at a time is it possible at all.

That is the main cause Barca transfer chief Ariedo so interested for the Italian full back. The story has not ended here, there are many other footballer have been consisted on the place of Brazilian Alves. Among of them Monaco’s Fabinho from PSG, Serge Aurier and Mario from Villarreal and Borussia Dortmund’s defender Lukasz Piszczek. The transfer process is still running and will run till long period.