Barcelona outskirts of signing a deal with another Valencia skipper Paco Alcacer. If the deal has taken place it would have the second deal among the two club Barcelona and Valencia.

Recently the Catalan giant has signed the Portuguese Andre Gomes from Valencia for  €35 million but their fourth striker dream yet not came true. From a long time the Barca boss Luis Enrique searching the backup of Leo Messi, Luis Suarez and Neymar.  They also made numbers of offer for it but unfortunately unable to find out the perfect one.

Likely the dream to cast the fourth striker of the Catalan club going to be true. And the both club are very close to complete the agreement in this Summer transfer windows. 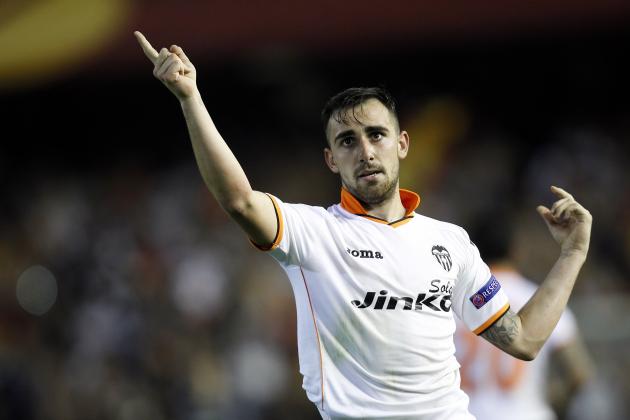 According to the report the youngster became the target of La Liga giant since many times. It is expected, soon the deal will be completed. The 22 years Spanish striker is intelligent, fast, clinical and the most important hard working.

Where Most of strikers performed for self career and glory, there Paco has played as a modest player without self benefit. He always played for his team and team-mates.

Alcacer is very keen to move on Catalan side. He regarded his potential move to Barcelona could carry success for the club without any competition for the space.

On the other hand the Valencia president Lay Hoon disagreed to sell their captain to Barcelona. Hoon mentioned that they did not want to sell the forward this Summer windows and he also added that it yet not confirmed and the future of the Spanish will be doubted.

Last Summer he played 34 matches for the Los Murcielagos and able to score of 13 fantastic goals along with 6 assists. His total attempt were 61 shoots but unfortunately they could not reach in goal.

Alcacer has linked with The Bats since 2005 and became the part of every level age-group in Spain. He is very dependable footballer and for this quality he became the captain of Valencia. And this is the main cause why the Catalan giant so desperate to cast him in their side.

Alcacer is reportedly a release clause of 80 million euros but the team Barca trying to convince the deal of 30 million  euros. Despite of knowing the reality of being as the fourth choice, Paco ready to sign the contract. Everything will set well and hopefully the deal will confirm soon. So guys keep eyes in our site to get update.