Barcelona and Besiktas have completed a transfer deal for Brazilian left-back Adriano Correia. The Turkish club has paid £600,000 fee for the move. The bid will be raised up €1.7 million if the Turkish Club could able to qualify themselves in the Champion league competition.

Correia was the part of Sevilla in early and moved to Barcelona in 2010 for 9.5 million. In Barca side he had spent five years with an outstanding performance. With the team he completed five years contract very well and 2013 he again signed a two years contract which would be kept him in side till 2017. 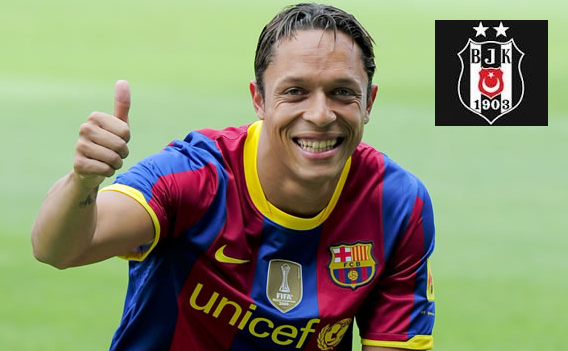 The 31 years old full back played 100 over big and small matches for Barcelona and boost the team to grab sixteen titles in last six years. His appearances is often proved beneficial and his approach for the club is too good. For his brilliant approaches his contract was expanded till 2017.

But all of sudden the switch has been taken place on Friday. The both club signed a agreement and within a short time the midfielder moved from Barca and joined Besiktas.

However, the deal was completed without any complication or issues. It was clear deal and the both party seemed satisfied for the it.

The parent club Barcelona wished all the best to the Brazilian midfielder for his new season with his new team.A few weeks ago The Turkish club also demanded for Jeremy Mathieu but the defender strictly refused the offer and requested to manager not to accept the proposal.

He mentioned that many outstanding players had been came on his place like Javier Mascherano and Thomas Vermaelen. But he did his job with a great appearance in a survival mode. He termed that last season he boost the team as he could and his attempt for the side to do best till his contract.

Adriano became one of the sixth soccer who has been dismissed this Summer and other five big switching was Marc Bartra, Alex Song, Dani Alves, Alen Halilovic and Sandro Ramirez.

Actually Boss Luis Enrique wanted to reshape the full Barca squad for the upcoming season. And he also wanted to cast the youngsters rather than the oldish. That is the main cause he had already the cut out experienced names from the side and included the novel soccer as well as Denis Suarez, Digne, Samuel Umtiti, along with Andre Gomes. Barcelona becomes a very popular and successful football club in the world and to catch up the position the coach has been working hard since a long period. Let’s watch how much work his new formula to get update stay with us.