Though the Transfer windows yet not opened, summer swap has already started. And at the start of the season Barcelona have been presented with a great surprise. The Catalan club has offered 60 million to buy Monaco midfielder Thomas Lemar.

Barcelona had been trying hard to bring Tottenham midfielder Christian Eriksen to the squad for quite some time. However, Tottenham has recently announced that Ericsson will not leave. Then they started contacting Monaco Midfielder Thomas Lemar. They are desperately trying to bag the playmaker in their side. Their vision is to grab the champions League trophy what are going to Real side since last three season. 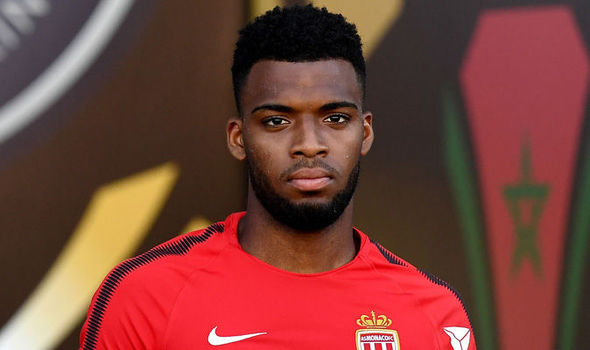 To win the title the wanted to buy the biggest star in their side. They have already many star in their side. As well as Leo Messi and Luis Suarez. But some who have left the club so they need to fill-up the space. Neymar have already join PSG club. Iniesta joined China side. Now Barca need to be more strong if the want to win Champions League trophy.

El Mundo said in a report that Barça has given 60 million offers for the 22-year-old French midfielder Lemaire to Monaco. Monaco has not yet said anything about this. However, their claims, Barca will take Lemar into the team in June. In this case only a little increase in price.

Lemar played 39 matches for Monaco. This attacking midfielder has assisted eight goals as well as three goals done himself in the season. The young guy have also got change in the France national team in the Russia World Cup.

They also wanted to bag the England football team captain Harry Kane. But it is matter of sorrow that the forward signed a six-year contract with his veteran club Tottenham.

Meanwhile, Harry Cain signed a new contract with Tottenham. This contract has been linked him next 6 years with the side. That means the forward will not be released till 2024. There is very little chance that Kane would be seen in any other team. Tottenham has published information on their own website.

England’s star having a good form in Tottenham. He has scored 42 goals from 50 matches for the club. PSG and Real Madrid had targeted him in the squad. But now it is not possible as he expanded his previous contract. Now it’s time to World Cup, So every footballer have led busy time to play in the tournament. All matter will be solved after finishing the championship.