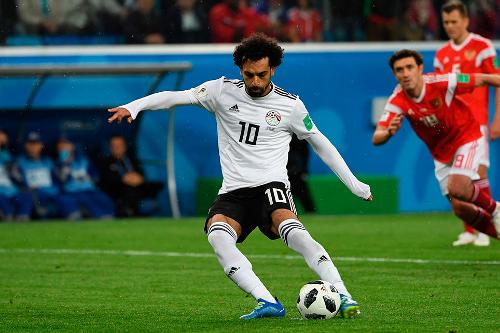 Barcelona wants Salah to join in Iniesta’s place. Iniesta, who can join China club by leaving Barça at any time. Moreover, he could not fulfill what Barcelona hopes for as much as possible. Barca could leave Dema if Salah gets it.

The best invention of this year in football world is called Muhammad Salah. Egypt’s star forward joined Liverpool in the last season floods in the book. Lionel Messi, the club’s biggest star, wants to see this new football sensation in Spanish giants Barcelona.

Just in time, Dembele joined the Nou camp from Borussia Dortmund in the season. However, the French star has crossed the first season for Barça through injuries and formlessness. And that’s why Barça wants to leave him next summer. Barcelona’s top two stars Lionel Messi and Luis Suarez also voted to bring Mohamed Salah to the Nou camp.

But the plan about whom, he has no time to listen that in time. Salah is concerned about the injury, but has kept his full attention in the World Cup for the time being. Salah, who scored 44 goals in the debut season for Liverpool, also said that he is good with the clap and not thinking about Barcelona now.

The forward said that he wanted to tell everyone that he is happy there. He adapted this environment very well. At now he thinking about the World Cup, the rest will be considered later.

PSG also want to bag him in their side. Neymar’s injury and the present relation with the side is not well. In that reason they want to hire him along with Champions League winner Real Madrid.

But Liverpool seem to be trying everything to keep him away from the team that does not want him. If the star leaves Liverpool, then it will leave the record. Its current price has been worth 200 million dollars. Neymar went to PSG in 198 million.