After three years deal of Barcelona’s right back Dani Alves, present Serie A champions Juventus set their next target for another Barca defender Javier Mascherano. They wanted to sign with a new deal with this defensive midfielder La Liga defending champion. Though this Argentine legend has remaining two years contract with FCB.

Dani Alves and Javier Mascherano was most successful defender for Barcelona in last couple of years. They both are not maintain only the defense but also maintaining the midfield of this leading Spanish club. They both are the dangerous weapon of Barcelona surely. So Juve was most interested to deal with them. 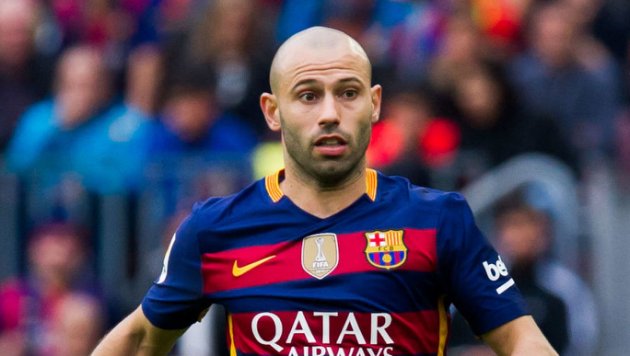 The Zebre try to make a very strong team for their next season and that’s want to buy some amazing player. As the part of this, they kept eyes on this 32 years Argentine footballer Mascherano. But the Catalans club wants to keep him and directly refused the Italian giant.

Before that, there was a news that Mascherano wants to quit his current club and have interest to sign in with Italian leading football club Juventus. The Italian giant also offered him many opportunities for this transfer including give him to play in midfield. This would be a reason, that’s why Mascherano shown interest to leave Spain

Two year back FCB coach Luis Enrique and the president Rafael Benitez’s blocked a transfer of this experienced footballer for Napoli and also promised that he will play in midfield. After that they sent him midfield and he also gave good output of this decision.

El Jefecito (nickname) played 280 plus match for Catalans and right now this team don’t have any better alternative in his place. Barca coach Luis Enrique would not be happy to lose his one of the best weapon and for that close this transfer.

Juventus director Giuseppe Marotta also confirmed that “Barcelona is not selling Mascherano in this season” and he also added, “With Dani Alves and Miralem Pjanic they are start to building their team for next season”.

About this transfer Mascherano said “Everything has to come to an end and I am very grateful to play for this club. I am a person who sees the negative side more than positive side. I never slept on my laurels. So this is not my permanent back in Barcelona. May be I will give them support more than two or three years”.

After close the transfer, Juventus planning to find new midfielder or, they want to arrange their midfield with their pipe line players. Now the news this big transfer is finishing here and he sets for Barcelona.