Argentine star Messi is Barcelona’ top-flight striker in ever. His deal with Barca will expire in June 2018. The Croatian Rakitic and Luis Suarez are also in the same line and their contract will be ended in the Next year June.

The club President Josep Maria Bartomeu told that they would speak to Messi just as they would talk to Suarez and midfielder Rakitic. He also told mentioned that they would do so in the following few months because they wanted to renew their contracts. 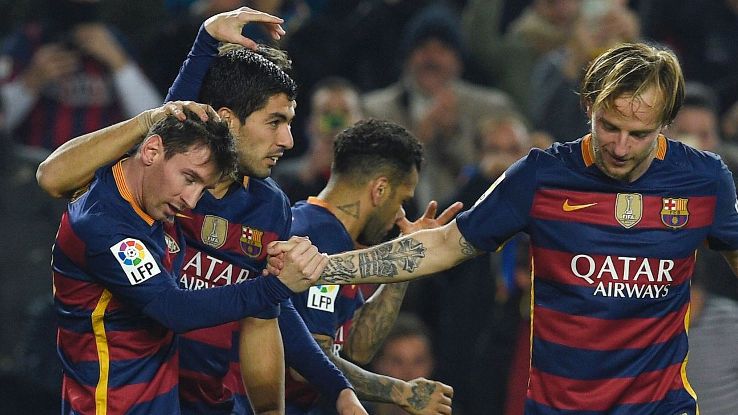 The President termed Leo becomes the world number best soccer. He is very strong and a winner. World wide fans crazy about him and he became the guy who make smile to fans. Bartomeu seemed very happy for Messi’s Come back from vacation.

Suarez, is another shining star of Barca. Last season he scored 40 in La Liga competition and secure golden boot for himself as the Europe’s leading goal scorer. It was for the second time in his Barca career.

Actually these guys ate not only player who plays for Barca, also the angel of the side. Without them Barca could do nothing. The board members of the club does not want to lose these assets by any means.

However, The extension process is under construction. Luis Enrique have consented to continue the talks on a contract extension til early upcoming year.

On the other hand Enrique is in also the pole position of his present contract. It becomes the 3rd season of Luis to take charge of Barca club.  He is also needed to be expended his future contract.

But the president did not want to talk abou the manager’s deal. By speaking on local radio station Catalunya radio he told that they would not discuss Luis Enrique’s extension contract then or at Christmas.

He also hint that he would proclaimed that in right time likely in February or March. He strongly said that he had not want to talk about the matter. Bartomeu termed that at this time their main focus is the domestic league and the Champions League.

Luis Enrique was also a Barca successful player. He won his first season trebly at the Nou Camp. The 46 years old was too brilliant on his time. At present he is very successful coach. He had grabbed of eight trophy in ten years of his coaching profession.