Spanish champion Barcelona has currently reached a settlement with Valencia over the move of Paco Alcacer. The Bats president and team owner have just agreed to give their regular forward to the Spanish giant in exchange for €30 million along with extra €5 million add – ons. Besides, Barca would help them to get Munir also.

However, earlier this summer, Valencia were so angered reportedly due to the reason of Barca where the Catalan pursuit  this Spaniard and the Bats were reportedly made a move to report their activities in Blaugrana to FIFA. But they did not do that where in the meantime, Barca president Josep Maria and Valencia owner Lim have come to a conclusion over the Spanish international transfer. 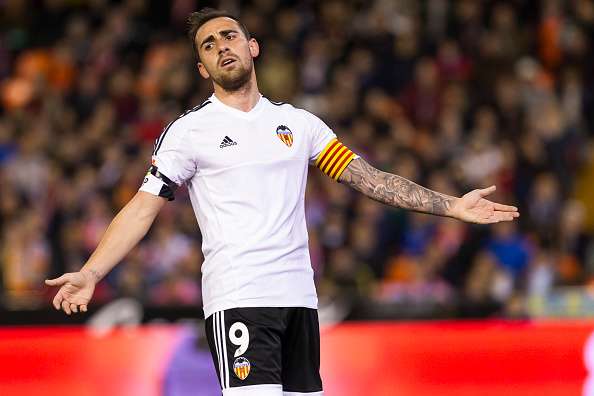 On the other side, earlier Valencia stated that they will not make any move unless player himself will clear himself either his move or staying. And, so, Paco has cleared himself in a meeting with Valencia president Chan earlier where his intention was clear and he has wanted to leave the club to join at the Camp Nou. Based on his, decision, the Bats have made their move.

Though, Valencia are still fearing that their fans will get angry if they will sell their key players to the Spanish giant but also they need money and also the player himself willing to go. So, they have no other choice left but to sell him. Although, Alcacer has known the terms to move to the Camp Nou that he would not probably get the chance in the final squad but to stay at the side bench where Barca has three best forwards Messi, Neymar and Suarez in their squad and manager Luis Enrique would like them to play with the main squad.

Though, there is no further news till now and it will take time to get confirmation about his arrival. But not before Barca’s next match which is scheduled to be staged in next Sunday against Athletic Bilbao.

22 years old Spaniard has joined at the Mestalla in 2009 but he did not get chance in the first team there but to play 64 appearances with the Valencia B in 2009 to 2012. Later he was picked up by the main squad and made till now 92 appearances where scored 30 goals so far. He also spent one season loan with Getafe in 2012/13 where he made 21 appearances and scored only thrice. If we consider his last season in La Liga, he played 34 appearances and made 13 goals along with 8 assists. According to the above listed statistics, it seems that he is one of the promising player which needs to use properly. And perhaps Enrique understand that.