“The world stops, when the El Clasico begins.” The Spanish giants will come head to head when Real Madrid will host their life time rival FC Barcelona on the Sunday night at the Santiago Bernabeu. The two top of the table club will take on each other in a crucial and massive Liga BBVA clash which could prove to be the decider of the La Liga title race. This is a massive game and is considered to be the most popular and attracting football event in the world. The fans and the spectators eagerly wait for this mega show.

This is the second meeting of the two heavy weights this season. The first battle ended as a draw at the Camp Nou in the December 2016 where Luis Suarez’s opener was cancelled out with a last moment strike of Madrid captain Sergio Ramos. But Barca will fancy their chances thinking the latest encounter at the Bernabeu as Suarez’s brace saw them getting a massive 4-0 victory at the Bernabeu in November 2015. But the Galacticos are at the top of their form and just beat Bayern 4-2 to knock the Bavarians out of the UCL after 120 minutes’ thriller at the Madrid and will be looking to do the same against the Catalans who have been knocked out by the Bianconeris after a goal less draw followed by a horrific 3-0 defeat at the Turin. 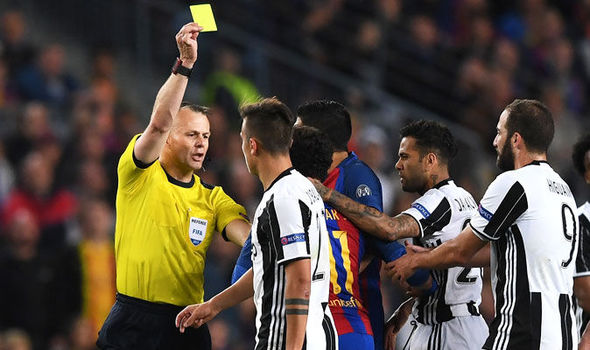 Barcelona will miss their Brazilian sensation Neymar who is a very good player of the big game and likes to score against the Los Blancos. The last time Barca visited Bernabeu, Neymar put his name on the score sheet but will be unavailable for the fixture with a 3 matches suspension. He was shown a red card against Malaga just over a week ago and sarcastically applauded the official’s decision and thus has been handed a 3 match suspension and will miss this big clash which could prove to be a vital miss as the young star is a regular performer for the Blaugranas.

Los Blancos are also in a doubt about their very own star Gareth Bale. The Wales international didn’t feature against Bayern Munich and will probably miss the El Clasico too with a calf muscle problem. Zinedine Zidane couldn’t confirm the news whether their record signing will play on Sunday or not but indicates that if the winger doesn’t play then he will be replaced by either James Rodriguez or Lucas Vazquez or Isco. But the likes of Neymar and Bale are simply irreplaceable on a football pitch.