Serie A title holder Juventus has recently announced about their new contract where they have made an agreement with Bundesliga giant Juve’s centre back Medhi Benatia for a season loan deal in exchange for €3 million. They have also include an option to buy him at the end for an extra cost €17 million.

Bundesliga top club Bayern Munich took Benatia from Roma for five years agreement with a €26 million in 27th August, 2014. Next, he played his inaugural match with the FCB in 17th September, 2014 against Manchester City. He made only 29 appearances with them and got 2 league goals so far due to his injury. Though, he has passed a long league career with Italian club so, he was waiting eagerly to back there. Luck has finally favoured him. Italian giant Juventus has brought him back to the Serie A in 15th July, 2016 for a season loan where he has got an opportunity to be the permanent at the end of loan period. 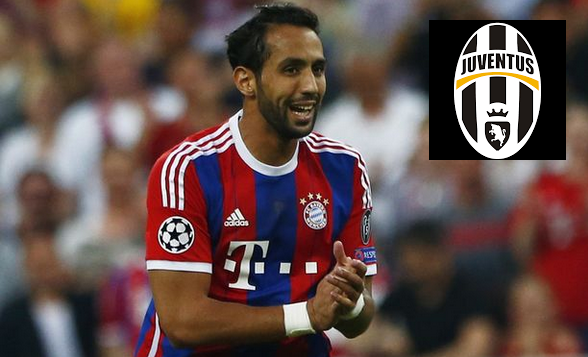 This 29 years old Moroccan defender is very happy to return to Italy after passing two disappointing season in Germany. Now, his only target is to help Juventus to win another title where he familiar with both three or four man defense formation. Benatia has recently completed his medical test and joined the Juventus Stadium successfully and he is the 3rd signing of team Juve in this season.

Started his senior club career with Marseille, he has played for many clubs named Clermont, Udinese, Roma and Bayern Munich. While playing in Marseille, he played with Tours and Lorient for a season each. Next he joined Italian Udinese in 1st July, 2010 with a free transfer. He has got six league goals by making 80 league appearances with them. Another Italian club Roma recruited him in 13th July, 2013 with a transfer fee €13.5 million reportedly for five years. But unfortunately, he stayed there for a season where he made 33 league appearances and scored five goals.