German giant Bayern Munich is scheduled to play their 2nd match in UEFA Champions League 2016/17 against Spanish side Atletico Madrid in tomorrow and this time the Bavarians are desperate to rewrite the history. They were too upset about their last season where the failed to qualify for the final of Champions League due to the Atletico Madrid. They played twice times against them and won one of them but failed to get approval due to goals aggregation. That was their one kind of black spot and their Chilean midfielder Arturo Vidal has stated recently that they want to eradicate that pain completely by destroying the Spanish side this time.

Vidal, who is currently 29 was the team squad of their last manager Pep Guardiola and tested the lose against them by away goals despite being won against them in 2nd leg by 2 – 1. So, they did not reach the final which was also their lacking. But, now they are desperate to remove their sore. They are much stronger now and amended plenty of things. Chilean midfielder Vidal has also added that winning a Champions League title is the only major club title remains which he wants to grab now in his career. 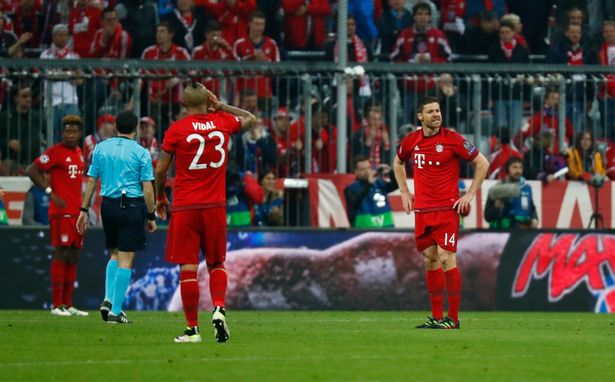 Though, they has started the new Bundesliga season with victory and are in the winning track but Vidal does not want to take the credit yet. They won eight matches on all competitions in this campaign in a row.

So, according to their recent statistics, they has showed extraordinary performance but it seems their upcoming opponent is strong enough to beat them. Atletico Madrid is examined is one of the three most strongest Spanish club which won their 1st UCL match in this season against PSV and won by 1 – 0. Upcoming competition will be the both clubs 2nd match.

However, under the new boss Carlo Ancelotti, the Bavarians has performed well but next match will be their away match which means they would get less advantage but as a German club they are usually fast than others. So, if they would able to use accurate formation, then the match would go probably their side.

Vidal as well as their coach Carlo Ancelotti is very hopeful for his team though they had to sell their one major player Mario Gotze to Borussia Dortmund this summer. But, they have replaced him with Renato Sanches and Mats Hummels. Besides, they have top stopper Manuel Neuer. So, probably this time they would able to take proper revenge.