German top tier Bayern Munich tried to land French striker Ousmane Dembele over the last summer transfer window but unfortunately failed to sign him because they contacted with the wrong agent. In the meantime, the BVB succeeded to sign him. Dembele who is a still teenager and could have got the chance to play with the Bundesliga champion but now started the new Bundesliga season with Borussia Dortmund due to a mistake though he seems happy to be at the Westfalenstadion. He has made already 5 Bundesliga appearances with the Schwarzgelben and found net once which makes him a most potential player in the squad now.

Dembele who has made his debut with the BVB by playing against Bayern Munich in DFL Supercup couple of weeks ago where they defeated the match by 2 – 0 goals. They he should realise that it was a mistake not to join at the Allianz Arena. But it seems that it was not the huge error of Ancelotti who is the current chief of the Bavarians. 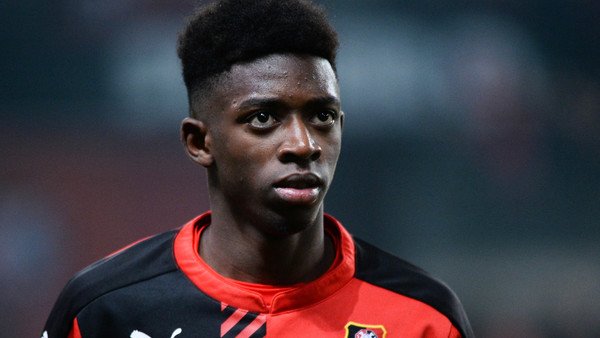 According to the report of German SportBild, Michael Reschke who is the technical director of the Bayern Munich made his contact with Badou Sambague who was actually the former agent of the French forward but the technical director did not concern about his position and started negotiation with him about the player’s transfer. But Dembele changed his agent to Marco Kirdemir by then which was contacted by the Borussia Dortmund and made quick attempt to sign him and successfully done it.

However, the Bavarians were looking for a striker over the summer due to their regular playmaker Mario Gotze moved to the BVB for € 26 million. Despite being Robert Lewandowski and Thomas Muller in the team squad their new coach Ancelotti was in need another forward to shift his formation to 4 – 3 – 3. So, he turned his attention to the French forward but that remain undone. At the end of the summer transfer window, Ancelotti bought two players where Portuguese midfielder Renato Sanches was one of them who was capable to take the position of Gotze. But however, they have started the new Bundesliga season with shortage of the striking position.

19 years old this French wonder kid has made his national debut already and also played two international competitions with the national team. He was first called to the French national team in August, 2016 and the following month, he made his first debut.

About his joining with the Borussia Dortmund he stated that the BVB tried hard enough to sign him and they always maintained a very close contact. So, he was pleased to become a part of them.