Kingsley Coman who is currently spending his 2nd years loan period with the Bavarians could be heading back to the Italian club at the end of the season. He played just one season with the Old Lady after arriving at the Turin club from French top tier Paris Saint Germain in 7th July, 2014 but later in the following season, German champion Bayern Munich claimed for two years loan deal for €7 million when Pep Guardiola was in charge of the Bavarians. He was impressed by the French winger in first season where he scored six goals by playing 35 appearances in all competitions. But later, the manager of the Bavarians was changed to Carlo Ancelotti and he failed to impress the new boss by his performances. 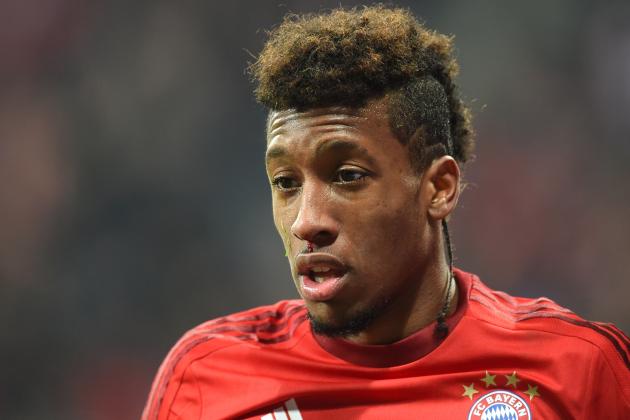 Kingsley Coman who is currently 20 years old also played under the new boss of the Bavarians Ancelotti where he has made four Bundesliga appearances this season but did not contribute any score or any assists so far. So, the German side are completely in doubt about his future at the Allianz Arena and perhaps Ancelotti would not take the option to buy him which was included the loan agreement. Though, Pep Guardiola took him from the Italian side for two years loan but also he added a condition to make the loan deal to make permanent after end of the loan period and also they fixed a transfer fee based on this decision where the agreement was settled for €21 million to make the move permanent. But the permanent transfer is now in doubt.

However, at the end of the last summer, Coman fallen into injury and since then he did not find himself a s completely fit for the competition. He has recovered from the injury but still struggle to regain his previous form. In the meantime, Ancelotti has changed the game formation from 4 – 2 – 3 – 1 to 4 – 3 – 3 with Thomas Muller, Franck Ribery and Arjen Robben and so, Coman becomes outnumbered and completely unwanted in this pattern. So, he may be find himself at the Turin club at the end of the season and would become a key player in next summer.

However, Coman had a chance to join elsewhere besides the German side where some other clubs were linked with him like two English giants Manchester United and Chelsea. But, the Juve thought that Allianz Arena would better for the French international than English side.

Though, Coman made five years contract with the Old Lady which will valid till 2019 but if he will return to them, then they would probably extend contract with him and give him chance to play with the first team.