Renato Sanches is a Portuguese midfielder who is currently playing for German top flight Bayern Munich where he joined there in 2016 but only made 17 appearances with the team. He is regarded as the rising star and has come to the spotlight in current time. According to the recent news, he is going to leave Allianz Arena and would probably make port to the English side Liverpool or Chelsea. This twenty years old player is heavily linked with English side and Carlo Ancelotti who is the current boss of Bayern hinted this Portuguese international would leave the club this summer. 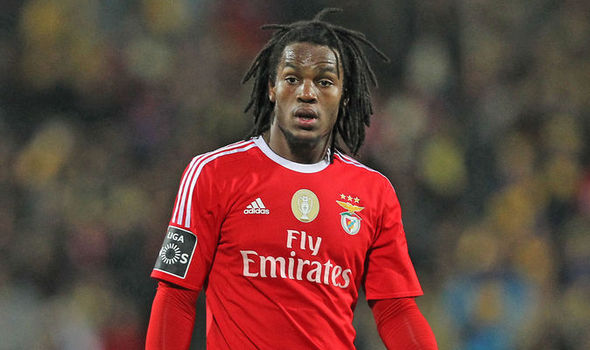 Chelsea boss Conte interested this Portuguese earlier when they faced Bayern in pre season schedule which was staged in Singapore but another one of Big Four Liverpool linked with him since earlier the week. In last season, the Red Devils also wanted to collect him but the German top tier placed £44 million price tags for this former benfica midfielder.

20 years old Sanches struggled since arriving at the german camp but failed to meet the demand of the coach. So, the Bayern coach Carlo Ancelotti stated that this player’s future at his camp is yet to decide.

The Portugal international won Golden Boy award in 2016 and announced as the best young player at Euro 2016 but in Allianz Arena,he completely failed. To buy him, the FCB boss beat Manchester United in last summer and sealed him with a big buy out clause and so that the Red Devils could not make any further move. But all were wasted. This Portuguese man made start of six Bundesliga matches and failed to score and could not offer any assists. He made 25 appearances in all types of competitions with the club. Due to his consecutive failure, he was placed on the bench in the season when Bayern defeated Borussia Dortmund in German Super Cup and faced Bayer Leverkusen in the opening Bundesliga match.

So, Sanches is available in market now and Bayern wants to recoup as much by selling him within next week and also fail to do so, he would be available on loan for one season long along with an option to buy. According to Ancelotti, this midfielder could possibly leave the club before the summer transfer window close. About his departure the German boss said earlier that he is in very good condition currently and number of clubs have interested about him. He knows his position and also realise that there is a lot of competition for the position he played. So, if he wants to stay, he can and if he decides to leave the camp that will be alright.

However, excluding the English side Liverpool and Chelsea, Sanches linked up with Italian side AC Milan and Juventus as well.