Arjen Robben is one of the top rated striker who is still the lead attacker of Dutch national football team. He is currently under contracted with German champion Bayern Munich and he arrived at Allianz Arena in 2009 and till now played 168 matches. He has also scored 90 goals with the team Bayern. Now, he is linked with English top tier Manchester United though the news would perhaps still a rumour but it could possible. Before the end of the summer, he could join at the Old Trafford.

The transfer rumours have spread when Manchester United boss Jose Mourinho started to search for his fourth signing in the summer. Mourinho who is the current boss of the Red Devils has got just two weeks to secure his fourth signing for his club and so, desperately seeking the players. In this summer, he has just one vacant place and he needs to fill it up. There is a place for a winger. 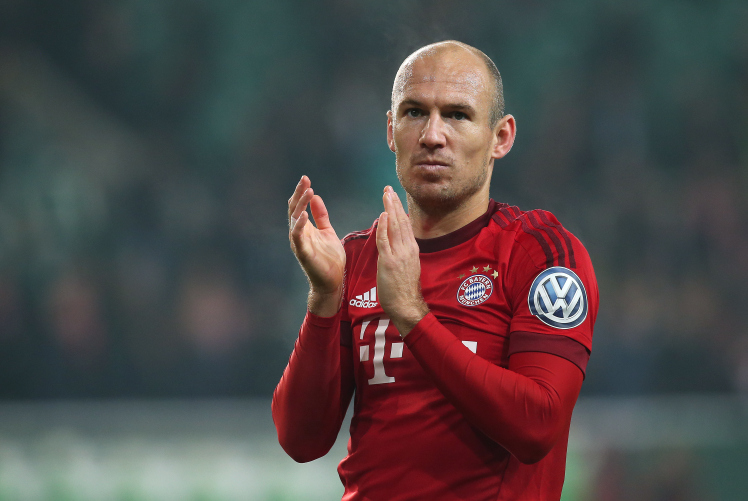 There were number of alternative for the place and Mourinho selected Ivan Perisic as his first choice but the negotiations was not helpful and the Red Devils boss was forced to look somewhere else.

So, now a recent news has come up and it says that Jose Mourinho could make a move for Dutch winger Arjen Robben. Robben played with an English giant Chelsea long time ago and his linking with the Red Devils since long but every time the rumours have gone smoke.

The news has also claimed that German top flight Bayern is looking for young players to replace this Dutch legend because he already played much and it seems that his career has come to an end. He is currently 33 years old and could not provide much more service and so, it would be wise to replace him while there is still chance. Mourinho is also considering his option to buy some young player instead of this 33 years old winger.

Arjen Robben is very talented player who is Dutch by born. His senior career started with Groningen in 2000 where he spent just two seasons. Later, he moved to the PSV in 2002. There he also stayed two more seasons and made 56 appearances. His scoring ability increased there and he was noticed by the famous clubs. Later, the Blues took him in 2004. His performance in Chelsea was not so impressive but he assists many goals there. Before joining at the German club, Real Madrid took him from the Blues for £24 million fee reportedly. But his long career is with the FCB where he has already spent seven seasons.