Manchester United has set their next Summer target to Anderlecht Belgian youngster Youri Tielemans. The United boss Jose Mourinho has already made contact with the 19 years midfielder. According to report the United manager Mourinho is now considering for the potential move of this wonderkid to Red Devil side.

Tielemans is one of the most potential product of RSC Anderlecht academy who joined the side at the age of 16. He became a highly-rated young players who has the speciality to make ball or assist ball. Youri is very talented footballer from the teen age. His ability and skill really shocking. It also the matter of wonder how a young boy of 19 consist so many knack. For his outstanding performance he became the part of 2016 UEFA Euro qualifier round. 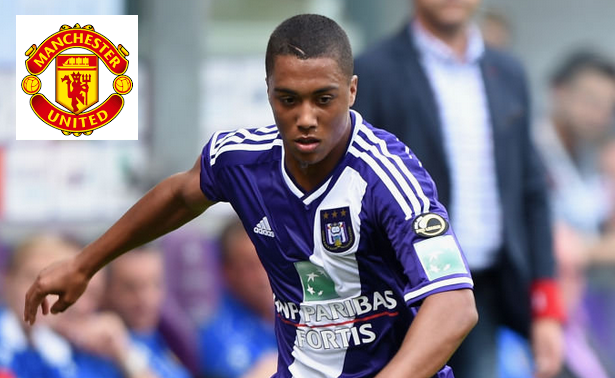 Mourinho phoned Youri personally and gave the offer to move their side in Summer transfer windows. Youri became very excited about the proposal. Lukasz Plonowski told disposed the reaction of the offer of this youngster. Lukasz is a Wisla Pulawy youngster whose career starting history is same as Tielemans and who became a good friend of Youri mentioned that You called him up recently and said that Lukasz, do you know who called him? It’s Mourinho. At the moment Youri was very happy and also termed that Mourinho proposed him to move in their side this Summer.

So, according to Lukasz report this season it has full chance to activate the move of the brilliant Belgian midfielder to Old Trafford side. For his mindblowing performance, not only United also Chelsea shown their interest to the Belgian. According to the statistics the 19 years Belgian man has made over hundred appearances for his country team. His talent is appreciable to all for this he was considered Belgian Talent of the Year in 2014, by vote.

Tielemans is very excited to the and so desperate to join the Red Devil side. Mourinho has already signed some vases name in their side like Eric Baily, Zlatan Ibrahimovic and the Juventus playmaker Paul Pogba who signed a world record breaking transfer fee contract in the last weekend.

Mourinho almost success to sign their potential target ahead of the 2015/16 campaign. After pre season their target is to established their line-up with a full force. Now the premier league giant ready for the battle with their powerful squad. This season it has full chance to achieve the target of Mourinho’s United. Finally he decorated the team as well as he wanted to make them.