The 2-1 victory over Greece on Sunday ascertain the Red Devils in the top of Group H. And the credit goes to  Jan Vertonghen and Romelu Lukaku. The first goal on 70 minutes by Jan Vertonghen gave the plus point of team Belgium. After a minute the Greek footballer Zeca equalised for his home team Greece. With that goal the result was hanging equal-equal.

Within two minutes Man Utd star forward Lukaku hit a goal to opposition goal and yes it worked brilliantly. It was 74th minutes when Lukaku headed the ball. With this goal the score reached 2-1 goal and secured their place in the World Cup. 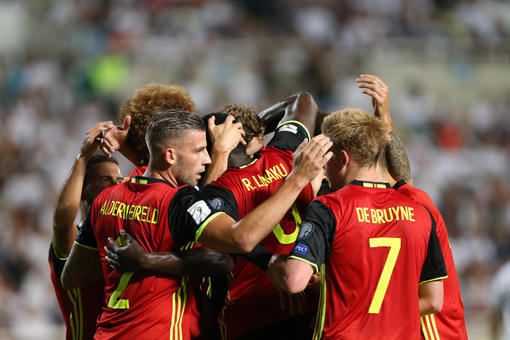 In that case Greece present position in third with 13 points after defeating against Belgium. Cyprus holding 10 points and standing in the 4th place by playing eight games. On the other hand Estonia earned eight points by playing 8 games. The most emerging news that Gibraltar had no points and not chance to promote for the championship.

Now The Red Devils became the 6th football team who ensured their place in the 2018 championship. Brazil has already settled down their tent for the tournament along with Japan, Mexico and Iran where Russia got the chance automatically as the hosts nation.

2018 championship will be the 13th time of Belgium football to appear in the FIFA WC. Last season they were also part of the competition but 2006 and 2010 they unable to qualify for the final tournament.

This time the team Belgium very confident as they were not in the past. The squad set by very talented guy and all the boys belongs to reputed football club so far. They have still two matches have to play. If they win the next matches it could be fine. In case of defeat they will not face any problem. So guys lets see what happened in the next.