Estadio de Anoeta is curse for the so many big teams. Even teams like Barcelona and Real Madrid’s forehead get folded while visiting at the Anoeta. Another Spanish giant Sevilla also didn’t get a victory in their last 5 tours to the Sociedad before the Saturday’s clash. But the French attacker Ben Yedder had some other plans and he never seemed uncomfortable as he got a brilliant hat-trick to settle his team at the second place in the league table.

On the Saturday night, two La Liga clubs from the top region of the table squared off in an important league clash at Estadio de Anoeta. Both the teams were in good form. Sevilla had won 4 out of their last 5 league games before the clash and the host had 7 victories in their last 10 league outings before Saturday. The Txuriurdins just got defeated only once at home in a league match this season that too was Real Madrid in their season opener. Their home record had been absolutely brilliant and outstanding. So a tough and exciting battle was expected. But the home fans might have been disappointed and shocked with the result of the game. 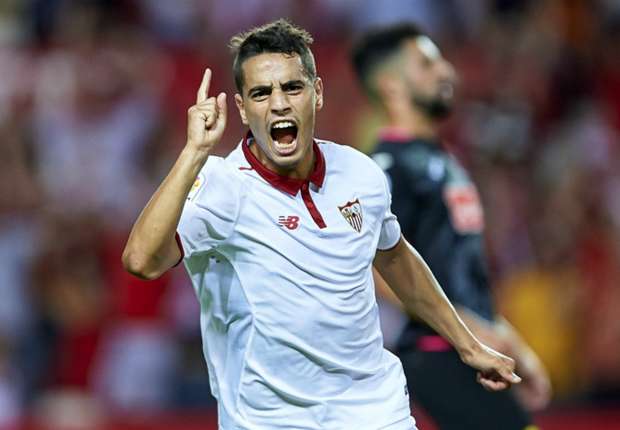 Los Nervionenses were at their very best on their very first league game of this new year. Jorge Sampaoli’s players showed some attractive football display and Eusebio Sacristan’s lads had no answer for those. 26 years old French striker Wissam Ben Yedder opened the scoring on the 25th minute of the match. He scored his personal second in very quick succession, just 4 minutes after the first one, to double the lead for the visitors. The first half finished with the 2-0 advantage for Sevillistas Los Rojiblancos.

24 years old midfielder Pablo Sarabia scored the third one, for the touring side. It was the 6th goal of the season for the club for the Spaniard. This time Ben Yedder was again directly involved with the goal as he provided the assist. The in form forward completed his hat-trick on the 83rd minute of the game to give his team a comprehensive 4-0 victory.

The win against Txuriurdins had settled Sevilla at the 2nd place at least for the next 24 hours but they will now sit there at least till the next week as Barcelona drew 1-1 against Villarreal. Sevilla has got 36 points from the first 17 league matches. 3rd placed Barca have one point less than them. Real Sociedad is at the 6th position with 29 points beside their name from the very same number of league games.