The Pakistani hard hitter batsmen boom boom Afridi has registered for Rangpur Riders in BPL 4. Though the Player draft auction held on Friday, the franchises linked with the high prolific ahead of the auction. Last season the t2o captain played for Sylhet Superstar. As the Sylhet absent in this season the Rangpur franchises hired the all rounder. The previous seasons were much successful of the boom boom. He became a regular guy of Bangladesh Premier League.

Afridi regarded an aggressive batsman. We need not to explain about his ability in the field of cricket. There are find a guy difficulty who does not gnostic about the Pakistani. He is better all three format of cricket as well as ODI, T20 and Test. The fan of Rangpur Riders very happy for Afridi. 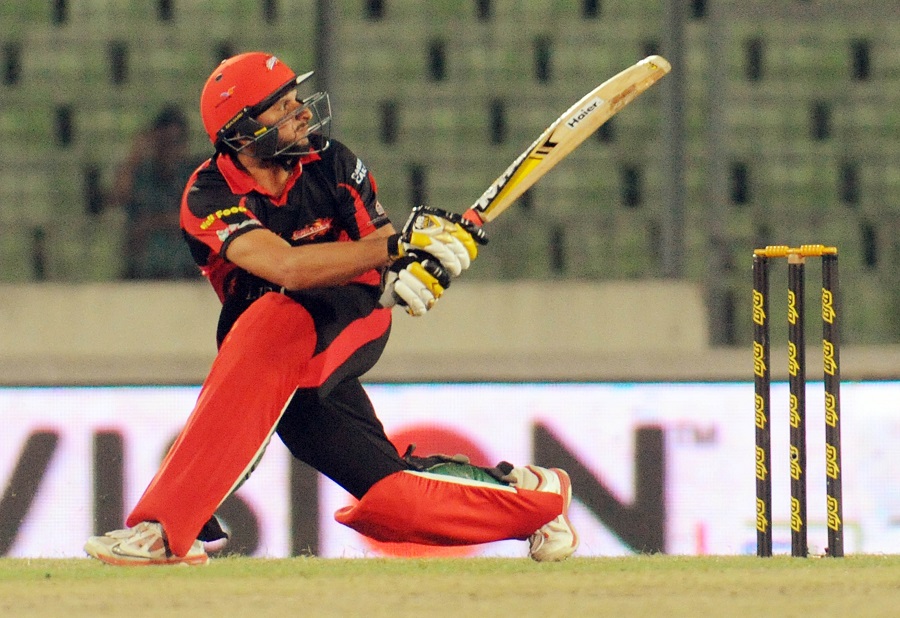 Apart of Afridi the Riders bagged a few more versatile foreigner in their side. By getting the chance of first overseas call up they picked Nasir Jamshed who belong to Pakistan cricket. They also choose Grant Elliott who last time played for Chittagong Vikings.

The Bangladesh national team opener Soumya Sarkar signed for the Rangpur. He is just an outstanding batsman so far. The youngster has made 48 appearances in domestic t20 where he able to gather 715 run. In ODI and international t20s he refers as a dependable batsman.

The Riders consuming some mindblowing performer in their side. As well as can see the Sharjeel Khan and Mohammad Shahzad from Pakistan. The blister cricketer from local side, they picked Sohag Gazi, Ziaur Rahman and most wanted Rubel Hossain. He became the new gimmicks of Bangladesh cricket team. Here we conferring the full Squad of Rangpur Riders for coming event.

This is the panel of Riders roster for BPL 4. BPL considers as the most happening cricket tournament in the Bangladesh. Every year it comes with a great happiness and lot’s of surprising. The people of Bangladesh crazy about the event. It considering the third most domestic cricket tournament all over the world. As the first count the IPL and second BBL. So guys be ready the most happening tournament and be linked with us to get update.