VfL Wolfsburg have signed the Real Madrid forward Borja Mayoral on loan. The deal was consisted with an option of expanding in next year. The youngster was linked with Spanish Club since 2007 and was the part of the team in many historical match.

Wolfsburg Club director was very happy for the deal and he exclaimed that they had their eyes on 19 years Borja for a long time and finally they got it. They were really very happy to sign the Spanish striker in their side.  He also added that the winger became very young and have to start the career and with them he would get the opportunity to boost himself to built the career in right way. 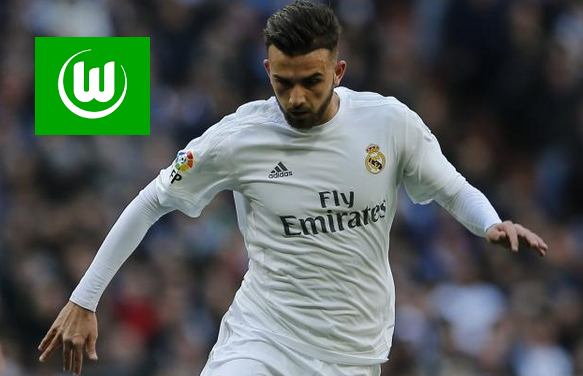 On the speech he mentioned that they promoted the young talent of their side and to develop their performance they gave some multiple chance to the youngsters.

And in that case Borja have already proved his ability by achieving a mind blowing score in last season. He is empirical and expert on his job and always seemed to give his hundred percent on field. The Spanish professional is also a very hard working footballer at all.

Mayoral is also very happy to join the Bundesliga club. It has found on Real site which was tagged by Borja, on the wall he wrote that  Wolfsburg became a big side of Bundesliga and one of the leading football club in German and to sign for them he felt proud and pleased.

He also termed that he is going to be gathering experience from the Bundesliga club and would be looked to perform as what could be possible for him.

The striker also compared his condition with another Blancos forward Alvaro Morata. He mentioned that his case is just like Morta, as he left Real and after a certain he’s back in side. He believed that if Morata could do that, it would be also possible for him.

In that situation Borja seemed little bit emotion and he expressed that he was actually emotional that time when he wrote that he had He also claimed that he had played for the world’s best club and he think he was lucky to get the chance because he believes that very few guys got the golden chance.

At last he thanked to all Real staffs and team mates. He told he was eternally grateful to Real Madrid and to all of his team-mates and also the respective coaches.