Borussia Dortmund suffers a huge blow as their regular right back Lukasz Piszczek is out for the rest of the calendar year. The experienced defender joined the Black and Yellows in 2010 and this is his 8th year running at the Signal Iduna Park. He has been a consistent performer for the club and has won a good number of trophies with the club. He played a vital role in the 2012-13 season under Jurgen Klopp when the German giants featured in the UEFA Champions League final and only came second just behind their Bundesliga rival Bayern Munich. 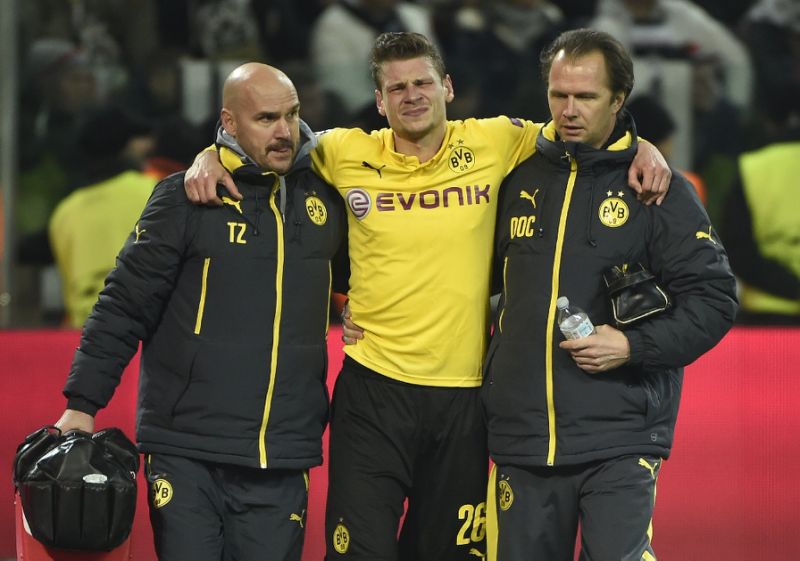 The 32 years old was a regular face in the starting line up as he started in every single game for Dortmund in this ongoing campaign. So it is going to be a huge blow for Peter Bosz as the Dutch manager will be without his number one choice right back for the rest of the 2017. It will never be an easy fact to deal with considering the former Hertha Berlin defender’s recent form and role on the football pitch.

The Poland international suffered a ligament injury during his international duty against Montenegro. He accidentally collided with his compatriot goal keeper Wojciech Szcezsny, just a couple of minutes before the break and didn’t come back to the pitch in the second half. Poland won the game comfortably and they qualified for the 2018 Russia World Cup but news came in that, nation’s first choice right back will be out for quite a long period of time and won’t appear in 2017 anymore with almost two and a half month to go for this calendar year. Former Hoffenheim defendar Jeremy Toljan will replace the Polish man. Club captain Marcel Schmelzer and Portuguese young man Raphael Gurreiro are also out of the squad with injuries and Dan Axel Zagadou will have some more game times in the left back position.

So it is quite clear that when the Black and Yellows will host RB Leipzig at the Westfalenstadion, Toljan will have a new position to play as he will be switched from the left side to the right side. Former Barca man Marc Bartra and Greece international Sokratis will play in the heart of the defence. Bosz’s lads who are at the top of the table with 5 points clearance from the second positioned Bayern Munich, will be looking for their 7th victory of the season. Their counter parts Leipzig are in 4th position with 13 points beside their name.