German giant Borussia Dortmund had got an absolute dream start to the campaign as they were tough to catch in the starting period of the league. They were in tremendous form and lead the chart since the starting. The German top flight kicked off in the early August and The Black and Yellows were undefeated in the Bundesliga till the end of the September. They just couldn’t expect for a better start and everything was going their way. 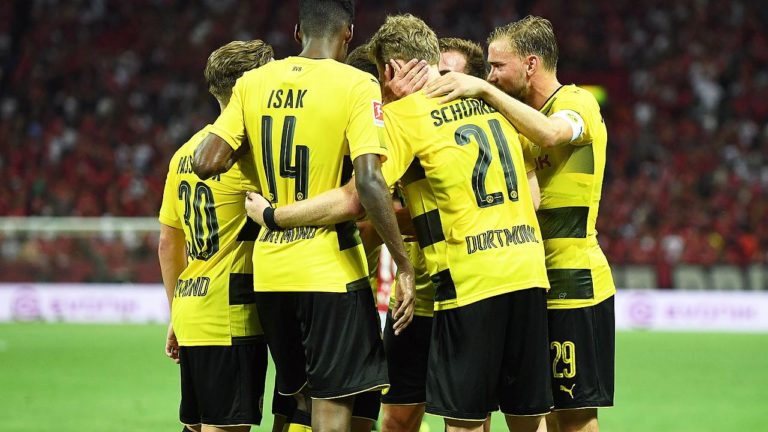 Dutch manager Peter Bosz who was appointed as the head coach of the Dortmund based club back in the last June, had a sweet start of his new career as the replacement of Thomas Tuchel got a perfect start in the biggest domestic competition of Germany. Bosz holds the record transferring buy out clause as a German club manager. The former Feyenoord midfielder joined the BVB from Dutch club Ajax. In his first 7 clashes in the charge of Borussia Dortmund his side pulled 6 victories and had not tasted any singe defeat. Although they didn’t do well in UEFA Champions League, they were completely flying in the highest tier competition of the Germany.

In the early October when the international break arrived, the Westfallenstadion based side went to the break with massive momentum as they were sitting comfortably at the top of the table. But the first push came right after that international break. Despite getting a perfect start against RB Leipzig, the 2012-13 UCL finalists tasted their first Bundesliga defeat against The Bulls and the momentum started to shift. That was completely an unexpected result right in their own fort. In the very next match, they were held by Frankfurt away from the home. That misery continues as they once again failed to get a single point from the Hannover clash as they were beaten 4-2 by die Rotens (The Reds).

The bad time elongated further as they lost the vital German derby against their lifetime rivals FC Bayern Munich. In the Signal Iduna Park, the hosts once again drowned without any competition. Arjen Robben’s day opener was followed by Robert Lewandowski’s lead doubling strike. The Poland international once again scored in his favourite ground but this time against his former club. Austrian full back David Alaba increased the lead further and Marc Bartra just could minimize the lead during the end. Dortmund is currently sitting at the 3rd position with 20 points and are behind of Bayern and Leipzig.