BPL the most happening cricket tournament in Bangladesh knocking at the door. The opening match will start with the defending champions of the competition and they are none other than the Comilla Victorians. The Victorians will face Rajshahi kings on their first game. Rajshahi which was known as Duranta Rajshahi backed after one year with new look and format. So the opening match will be played between them.

As it was informed earlier, the fourth edition of BPL will begin on 4th November. The final schedule has been published on Sunday and the first match between Comilla and Rajshahi franchises will be happened on 2:00 pm of local zone. Mirpur National cricket stadium will host the first match of the day. 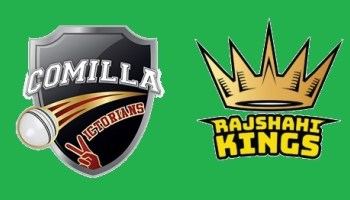 The total format of the game divided into three steps. The first phase will execute on Dhaka till 13th November. Then the second stage will start in Chittagong from 17th and will continue till 22nd November. The end Episode will start from November 25.

The Eliminator round will be started from 6 December and the first qualifier round will also start from the same day. The second qualifier on 7th December. December 9 will be reserved for the final day. There will be total 46 matches has been scheduled for the tournament.

About thinking the players rest and training BCB made the schedule keeping the two or three days after a match. Last season it was unbreak schedule and it was really tough for the franchises to play daily. It was also boring for the viewers.

Actually last season only five franchises had been taken part of the competition but this season the numbers of the team has increased to seven. So there was no chance to bore by any means.

Dhaka Sher-e-Bangla Stadium and Chittagong stadium will host all the matches.  However, there also the possibility of play the tournament in the MA Aziz Stadium which situated in the heart of the city.  So guys be ready the most happening cricket event of the year and keep eyes in our site to get update.