Brad Hodge, the Australian middle order batsman pulled out from the second episode of PSL. By draft the batsman signed for Quetta Gladiators in the 2nd session of Pakistan Super League. But now the Gladiators faced another problem when they came to know the Australian has withdrawn his contribution from PSL due to family issues. Last Saturday Hodge tweeted that he would not take part in the PSL which going to produce from 9th February. He also termed that he facing the major family problem and that’s why he will not available for PSL 2.

It became the second twist for the Gladiators who has picked Hodge as the replacement of English cricketer Moeen Ali. Moeen was also nominated for the side but due to International duty he can’t take in the second episode. Then Hodge has been selected for the post. But the sudden decision of them create a new mention for the side. 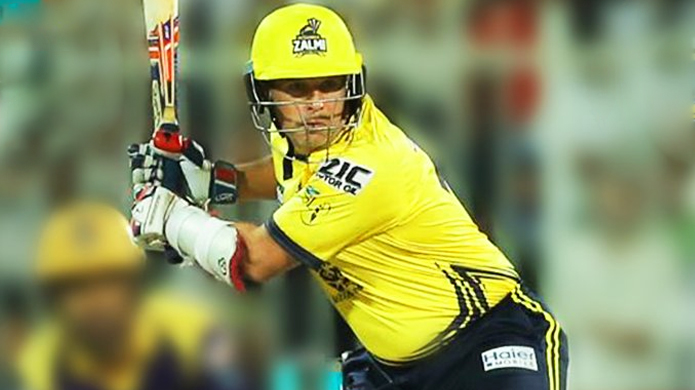 This is really embarrassing situation. In a PSL official side it is published that the situation being really bad, hence it is unfortunate situation which forced the Australian to kick out from the competition. It’s totally family from which cause the 42 years old will not take part in the tournament.

By understand the situation, PCB decided to pick other guy for the team who will play as the replacement of  Brad. On the other hand from the Gladiator source it is informed that they are consulting for a refresh replacement who can easily take over the place of Hodge.

As the competition knocking at the door, so the Quetta has to decide fast for the suitable replacement. The replacement yet not announced by officially. But it is known to source Quetta franchises keen to take Muhammad Nabi from Afghanistan. The Gladiator willing to pick the Afghan all-rounder in the 2nd edition of PSL. Nabi is very talented guy. Be became the player of Chittagong Vikings in this BPL (Bangladesh Premier League). He played 52 T20 International and scored 704 so far. He played also many domestic league and gather earned many fantastic record.

There are also another name in their list that is Bangladeshi cricketer Mahmudullah. Mahmudullah is also a great guy. They also wanted to appoint him as the replacement of Hodge. This only the precondition and there is no official comment on it. The PCB notified that soon the name will publish for all whenever it finalised.