The English MotoGP racer Bradley Smith going to bounce back in Japanese grand prix which held to be coming October. The Monster Yamaha Tech 3 rider was suffering knee injury since World Endurance championship. For the sickness he was unable to take part in last three races.

But the fighter get back after surgery and preparing to take paricipate in the October race. He announced he felt very happy to get back with Yamaha YZR-M1 at Motegi. Smith Added that he had watched the last three races on telivision by sitting on Sofa which was too tough for him. As a racer it is not possible for him to observe the situation. He wanted to struggle and for that he came back in the track again. 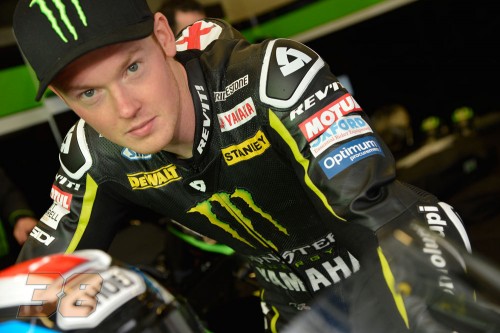 The 25 years old worked very hard in rehabilitation. He just Crazy about the MotoGP. Where the recovery process needed to be at least six month, there he managed that only 2 months. Doctors and many others told that he could not fit before six month. It’s really miracle and also surprising how he get back so soon within eight or nine weeks. It’s only possible for his effort and appetite of the race. However he wanted to back in the event and finally the situation came into his favor.

For the injury, Alex Lowes was take over his place. He get also injured in Aragon race and withdrawn from the competition. He termed that he felt shame for unable finishing the competition. The biker lost the ability of movement and still puffed. It was a good luck he had saved to worse anything serious nothing but the injury.

Lowes also explained his positive experience with the teams. He termed it was his first race in Silverstone that was definitely special for him to race at home.  Alex mentioned he loved the experience with the Monster Yamaha Tech3 team. There he able to learn many things and the future he wanted to play for the again.

Now Smith can join the battle again without any problem. The race seemed very excited and fit enough to race again. To stay away from the job is challenging for the riders. He just want to keep him busy with MotoGP which is life for him. It was so terrible experience to enjoy the race in TV. Now the race would be seen to race in win Ring Motegi at Japanese Grand Prix.