Brazil will play WC preparation match against Croatia will play an international friendly match ahead of 2018 World Cup. Croatia was drawn with Nigeria, Iceland and the most favorite Argentina.

Actually the Croatia football wants to test their preparation for the championship and that’s why they going to face the World champion before starting the tournament.

The Croatians hope to test themselves against five time WC champions Brazil. They are trying to understand their preparation against a strong team like Brazil. Croatian football association thinks that the friendly will give a positive look to their football side. In the group stage they have to fight like biggest team Argentina. So it is very important to them to get ready for the combat. 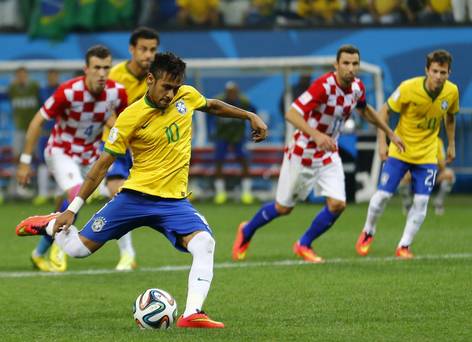 However, the friend clash will be taken place at Anfield stadium in England. The game will be held on 3rd June. The proposal of the friendly considered since the last year in the different venue in England. Finally the venue settle by the English football federation.

Brazil and Croatia finally played in 2014 FIFA World Cup which held in Brazil. The opening match of the competition held of the battle of thes two team. However, the five time champion was won the match at home. Once again the team going to meet together and it was not any competition it’s just a friendly. With the combat both team get more prepared for the upcoming championship.

However, the time is really being busy where the all World Cup participants are trying to do well and take the preparation of playing in the year most biggest football competition. The previous day of Brazil vs Croatia friendly Nigeria will take England for the same purpose. The both batter will take each other for another frienly on second June.

Where Brazil take Croatia, England take the Super Eagles there how can stop the the last season runner up Argentina. Samapoli’s  team  will play twice friendlies against Spain and Italy who kicked out from the Russia championship. The warm up matches will be held on jund just before the WC tournament.

The 2018 FIFA World Cup schedule confirmed 14th June to 15th July. It will be hoped to a great WC this season. Russia football Association trying their best to do rocked the championship and the almost done that. For that they take all necessary steps and very hopeful to make different in the WC tournament.